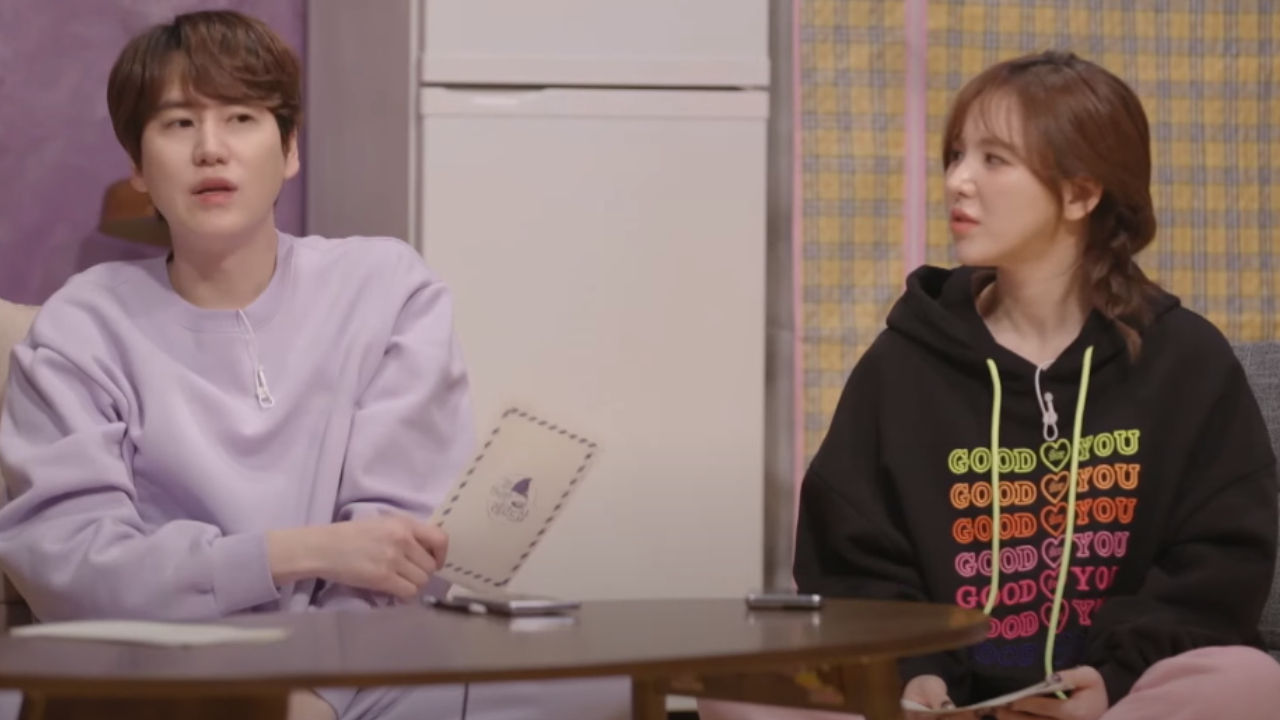 On February 19 episode of JTBC's television show 'Record Shop', the cast talked about calling and receiving drunk calls from their exes.

During the discussion, Yoon Jong-shin said, "I don't think I called my exes while drunk that many times."

He continued, "I believe deleting their number is the right thing to do after a break-up, so I always did that. But the thing is, their numbers were all in my head."

Then, Jang Yun Jung asked KyuHyun whether he has ever received a drunk call from his exes.

KyuHyun answered, "Yes, I actually have. I even picked them up. I'm not the type of person who would avoid them."

He went on, "I don't think they called me because they miss me, you know. It probably was a mistake. That's why I answer their calls."

After hearing KyuHyun's response, Jang Yun Jung asked WENDY if she thinks she would pick up a drunk call from her exes.

WENDY said, "Well, I don't use my phone much, but if it's a call then I probably would."

She added, "If he sounds too drunk, then I would try to calm him down to make sure he gets back home safely."

To this, Yoon Jong-shin and Jang Yun Jung reacted, "Really? Wow, you two are too kind!"