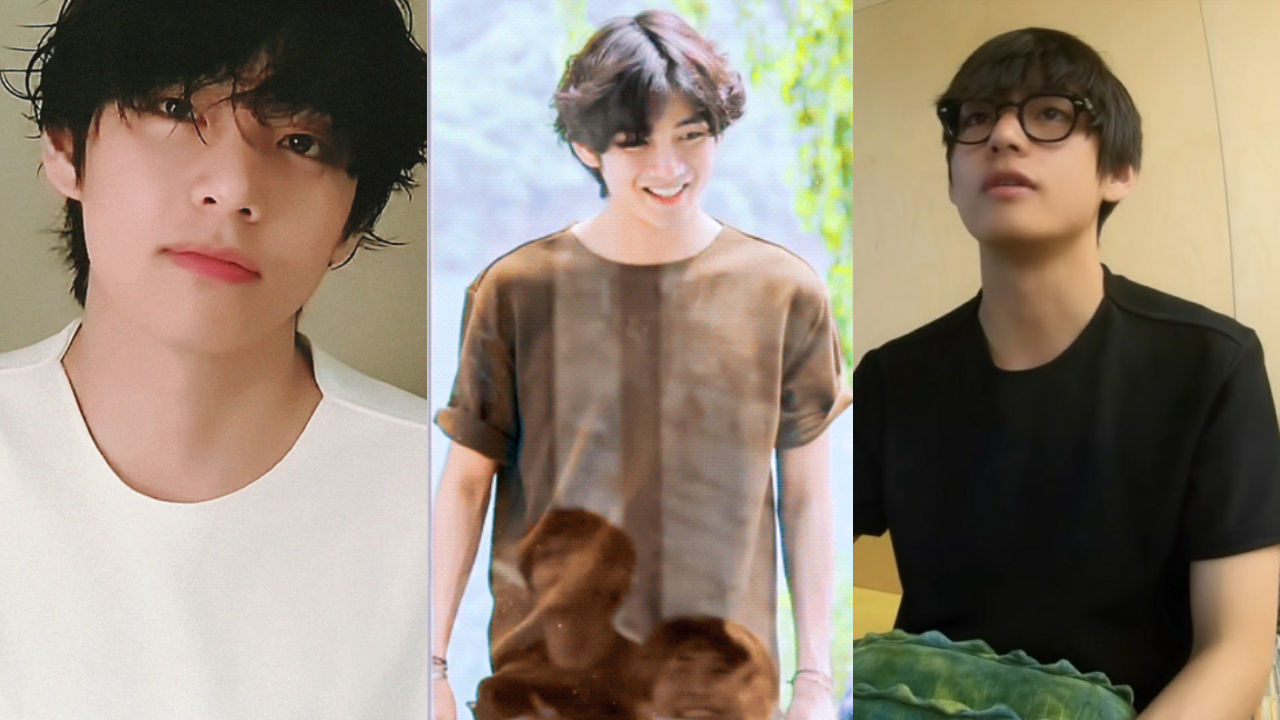 Fans are commenting on how cute K-pop boy group BTS' member V is after discovering a new thing about him.

Recently, ARMY (the name of BTS' fandom) found out that V does something very interesting when he finds a certain type of fashion item that he likes.

As an example, they compiled photos and videos of V wearing this white t-shirt with interesting neckline and folded sleeves.

They noticed that V frequently wore this t-shirt over and over again last year all at a different time and place.

He wore it during the shooting of the group's reality show in New Zealand, when he was practicing a performance with American singer Ariana Grande in the United States, when he was holding a live broadcast in his studio in Korea and so on.

What they also noticed was that V even owned the same t-shirt in other colors, including brown, olive and black.

V was spotted wearing those t-shirts a lot of times as well.

It seemed as if he really loved the design of the t-shirt, and he was almost attached to them that he cannot help himself but to wear them frequently.

After discovering this, ARMY around the world shared their thoughts together.

They left comments such as, "He must love that design! This is just so cute.", "It does look very good on him.", "How adorable!" and so on.