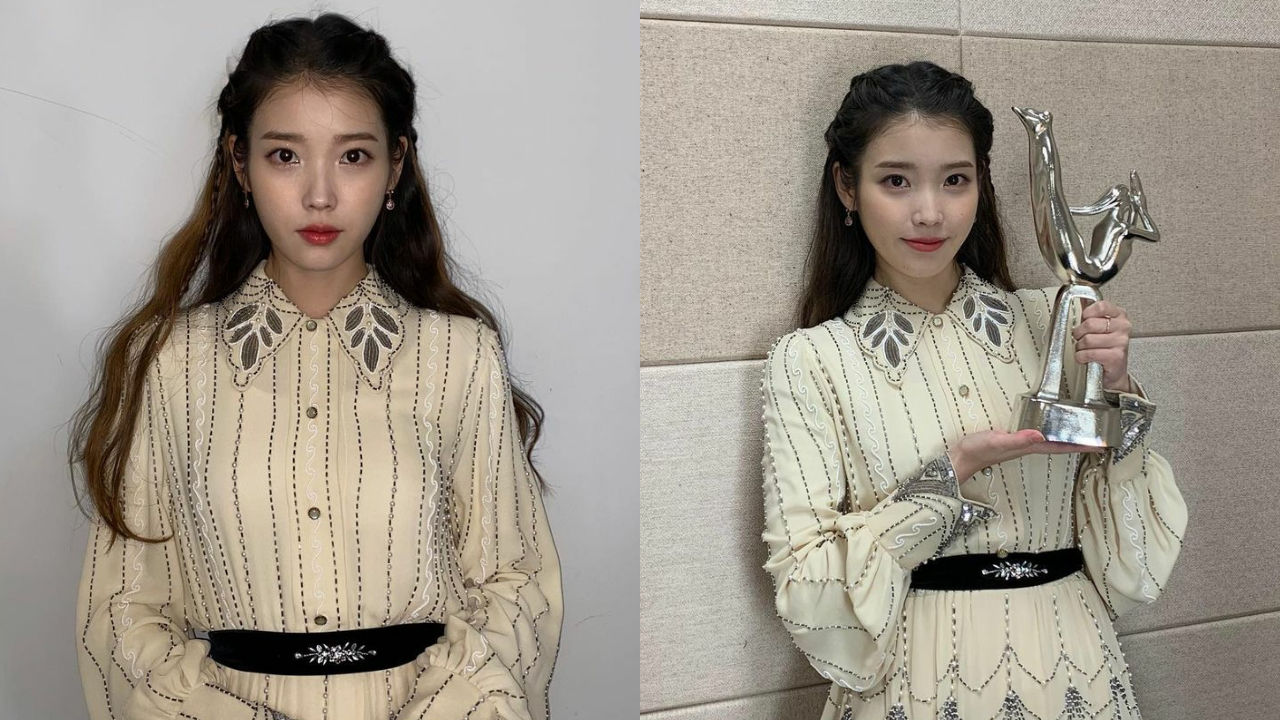 K-pop artist IU shared that she developed new allergies due to the deterioration of her immune system.

On this day, IU took 'Bonsang' (main prize) as well as 'Daesang' (the grand prize) home.

At backstage after receiving the trophies, she once again delivered her sincere thank-you message to everyone who gave her love and support.

After thanking her fans and the members of staff at her management agency, she moved on to express her gratitude to the staff at her hair salon.

IU said, "My immune system has gotten pretty weak recently. As a result, there are many products that I can no longer use at the salon now."

She continued, "I can't use a lot of the sprays and oils. I feel like I've become a very picky customer at the salon."

She resumed, "I would like to thank the staff there for worrying about me and studying about my allergies than I do. I'll try to get my health back as fast as I can."

Meanwhile, IU is busy working on her first studio album in about four years after 'Palette' in April 2017.