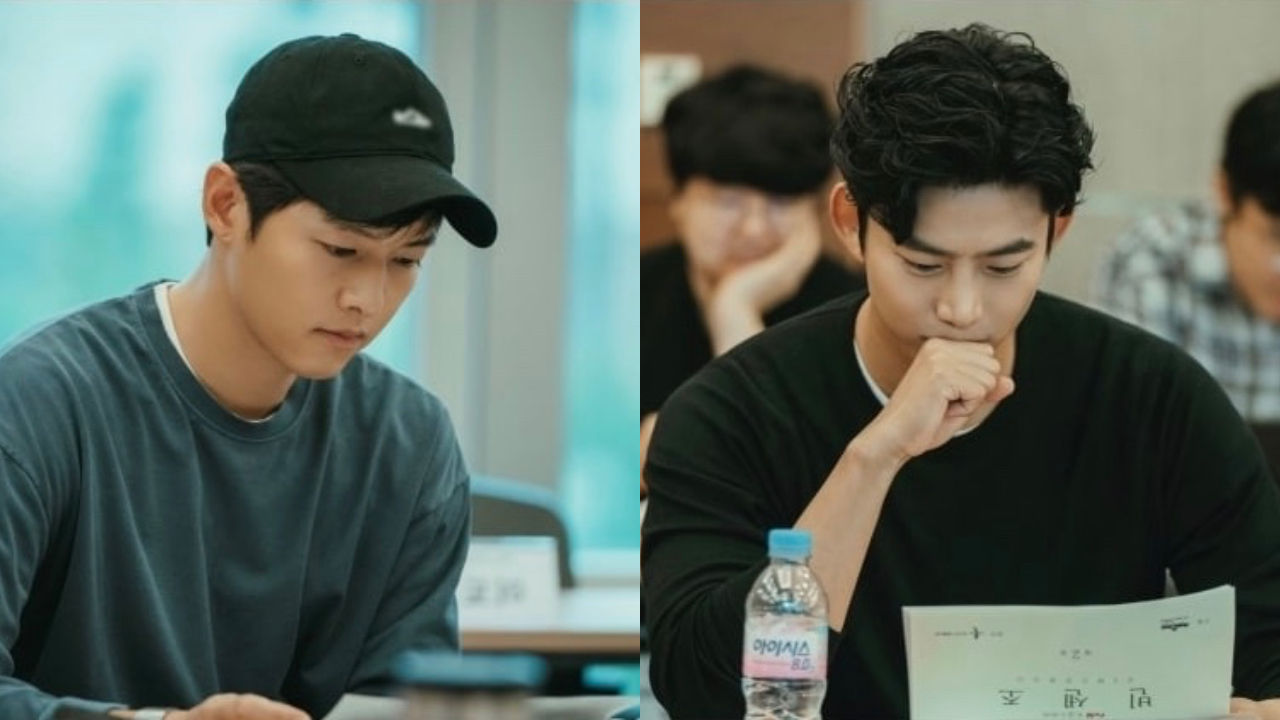 On January 5, the production team of tvN's new drama 'Vincenzo' released photos from their recent script reading session with the cast members.

During the session, the drama's lead actor Song Joong Ki impressed everyone with his diverse range of acting as his character becomes a dark hero to eliminate villains.

Ok Taec Yeon also brought his intern lawyer character to life; showing the character's clumsy side behind his handsome looks and sweet smile.

'Vincenzo' centers around the story of a Korean-Italian lawyer named 'Vincenzo Cassano' (Song Joong Ki), who moves back to Korea after a conflict within his organization.

After moving back to Korea, he joins forces with 'Hong Cha-young' (actress Jeon Yeo Bin), a veteran lawyer, to take down the villains who cannot be touched by the law.

Meanwhile, 'Vincenzo' is set to premiere next month.