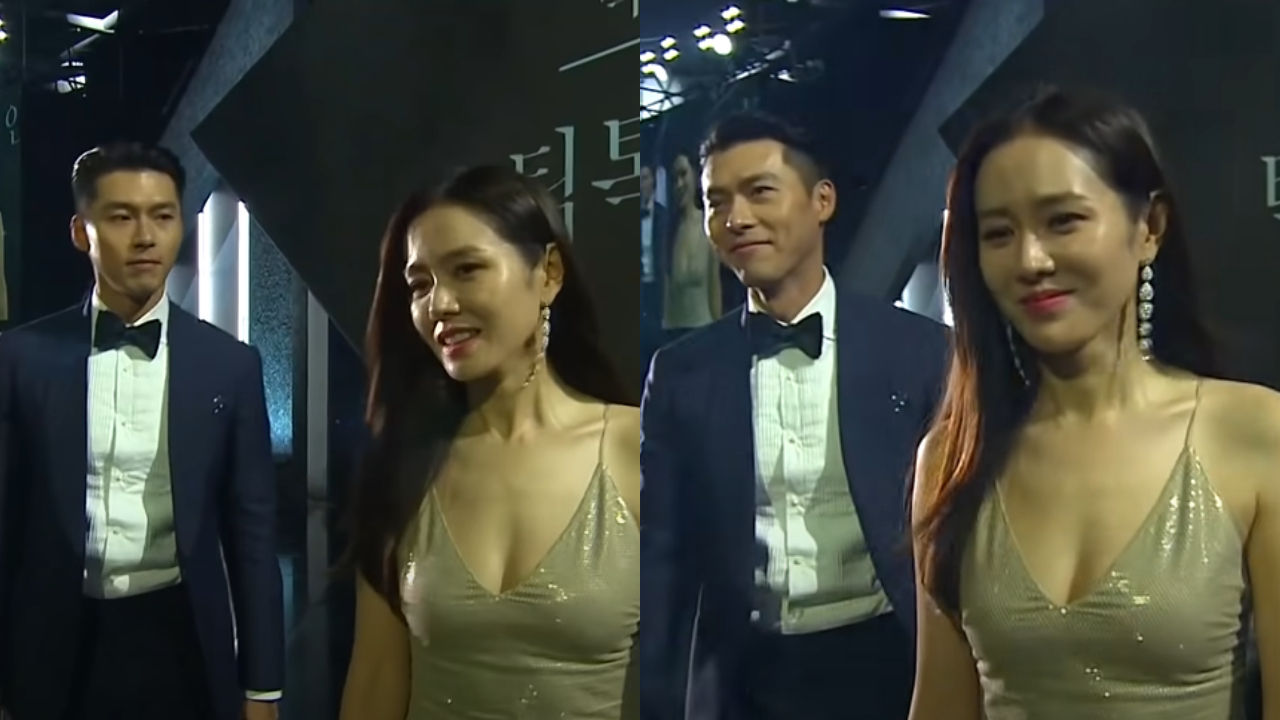 The new celebrity couple actor Hyun Bin and actress Son Ye-jin were spotted exchanging a loving look on camera, and that turned out to be the time when they had just started dating each other.

In the morning of January 1, news outlet Dispatch reported that Hyun Bin and Son Ye-jin have been in a relationship for eight months.

Their agencies shared, "Hyun Bin and Son Ye-jin started dating each other following 'Crash Landing on You'."

After the news broke, fans started looking back at past photos and videos of Hyun Bin and Son Ye-jin to dig up any clues they showed that they were together.

One of them that they found was a video from June at an awards ceremony 'Baeksang Arts Awards'.

At that time, Hyun Bin and Son Ye-jin won 'Tik Tok Popularity Award' with their successful romance drama 'Crash Landing on You'.

To receive their trophy, they walked to the stage side by side with Hyun Bin walking a little behind Son Ye-jin.

As they walked, Son Ye-jin turned slightly backwards and looked at Hyun Bin.

She quickly turned her head back around, but Hyun Bin looked at her this time, then they smiled brightly and somewhat shyly.

They looked at each other filled with love in their eyes, and fans are finding this exchange of look extremely cute and sweet.