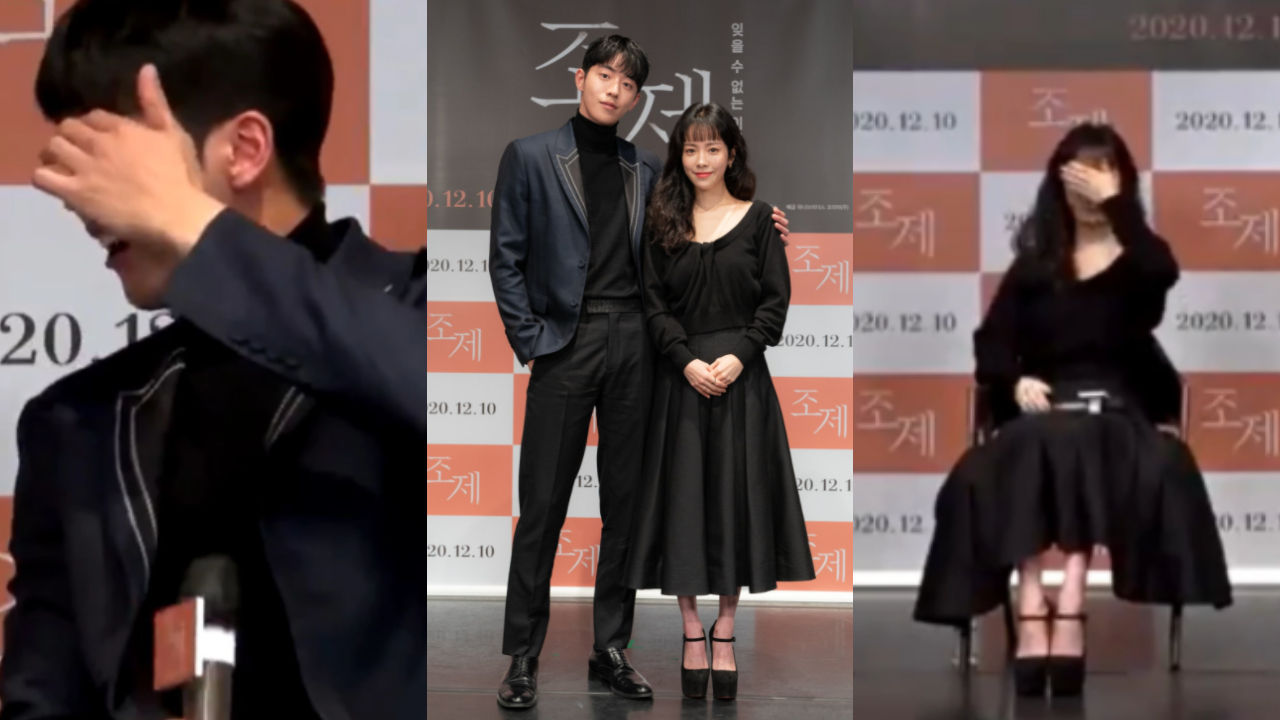 On November 17, a press conference for an upcoming romance movie 'Josée' took place.

While talking about the story of 'Josée', Han Ji Min said, "'Josée' wasn't an easy movie to act in, but it had lots of other charms."

Han Ji Min thought for a bit and said, "It depicts all kinds of simple as well as complex feelings that a woman and man feel when in love."

Then, a behind-the-scenes footage of 'Josée' was played at the venue.

When they were watching the footage, Nam Joo Hyuk suddenly teared up and dropped his head.

Nam Joo Hyuk commented in a shaky voice, "I think I was very into my character."

Since Nam Joo Hyuk could not stop crying even though he said he was okay, Han Ji Min responded, "Why are you crying?"

As she said this, she burst into tears as well, and they both wiped their tears.


Meanwhile, 'Josée' is expected to hit the theaters on December 10.