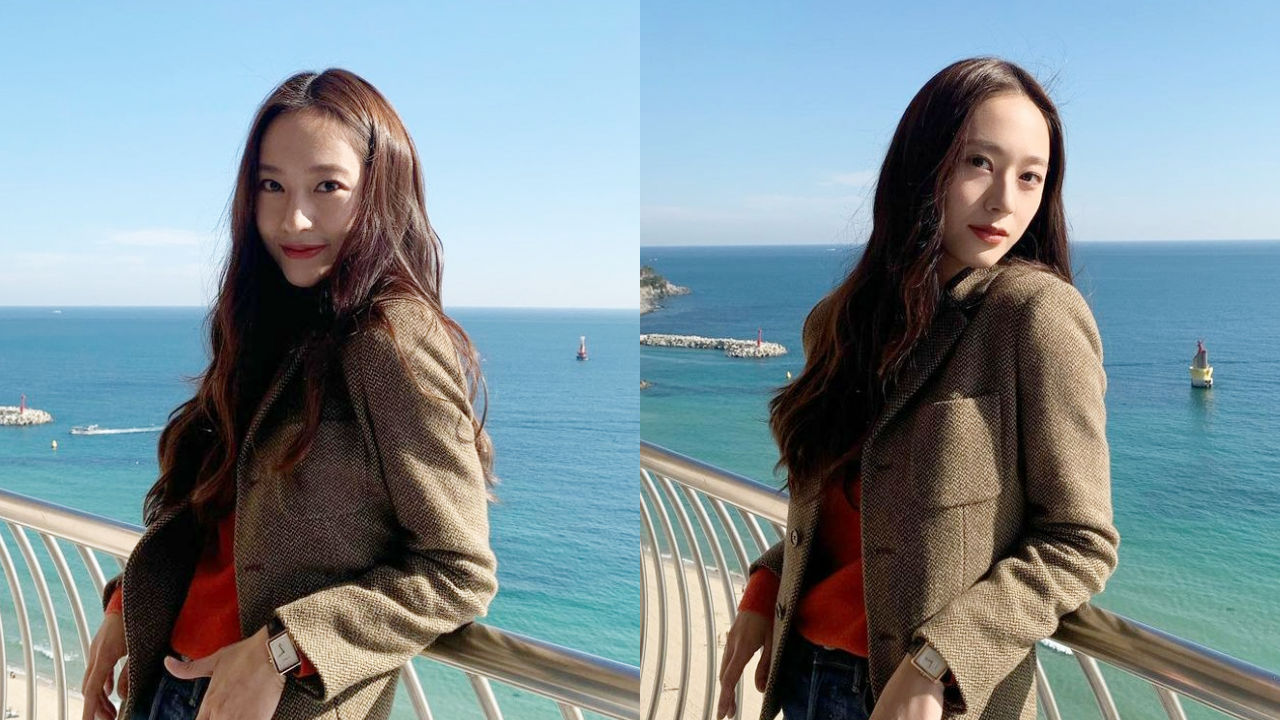 During the interview, Krystal was asked about marriage, as she played the role of a pregnant college student in her latest movie 'More than Family'.

The interviewer asked Krystal, "Have you ever thought about getting married?"

Krystal answered, "Yes, of course. I've always dreamed of getting married ever since I was little."

She continued, "I've wondered what my child/children will look like, what my wedding ceremony will be like and so on."

She resumed with a smile, "I'm still young, so I've never thought about it in much detail, but I'm sure everybody has a bit of curiosity about their own marriage in their heart."

Then, Krystal was asked if she was attracted to a particular type of guy.

She said, "I used to have this 'ideal type' of guy that I wanted to date. I don't anymore though. All I want for him is to take my talkative personality well."

She added, "Although I don't get to show this side of myself on television a lot, but I'm actually very talkative and playful. I really enjoy talking. So, I would like him to take my talks and jokes well."