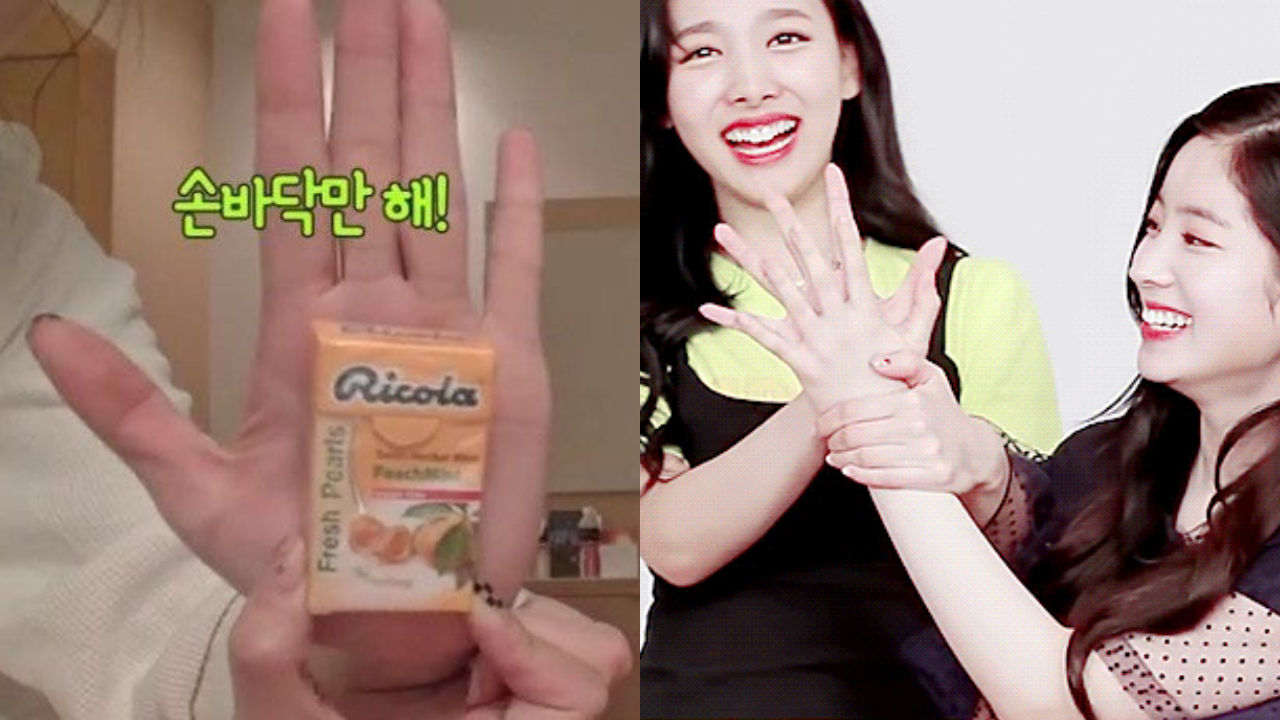 The unbelievably large hands of K-pop girl group TWICE's member NAYEON is the talk of the town at the moment.

In the post, this fan of TWICE shared how large yet beautiful NAYEON's hands are.

The post included photos of NAYEON's hands that showed how large they are compared to her face, fellow members, fans and even an iPad.

They were indeed unbelievably large for a girl; they were almost the size of average male.

Although large, NAYEON's hands were very pretty at the same time.

She had long and thin fingers that those large hands did not look awkward with her beautiful self.

Under this post, many left comments such as, "Wow, they are so large!", "I had no idea that her hands were this big!", "They surprisingly go with her really well." and so on.