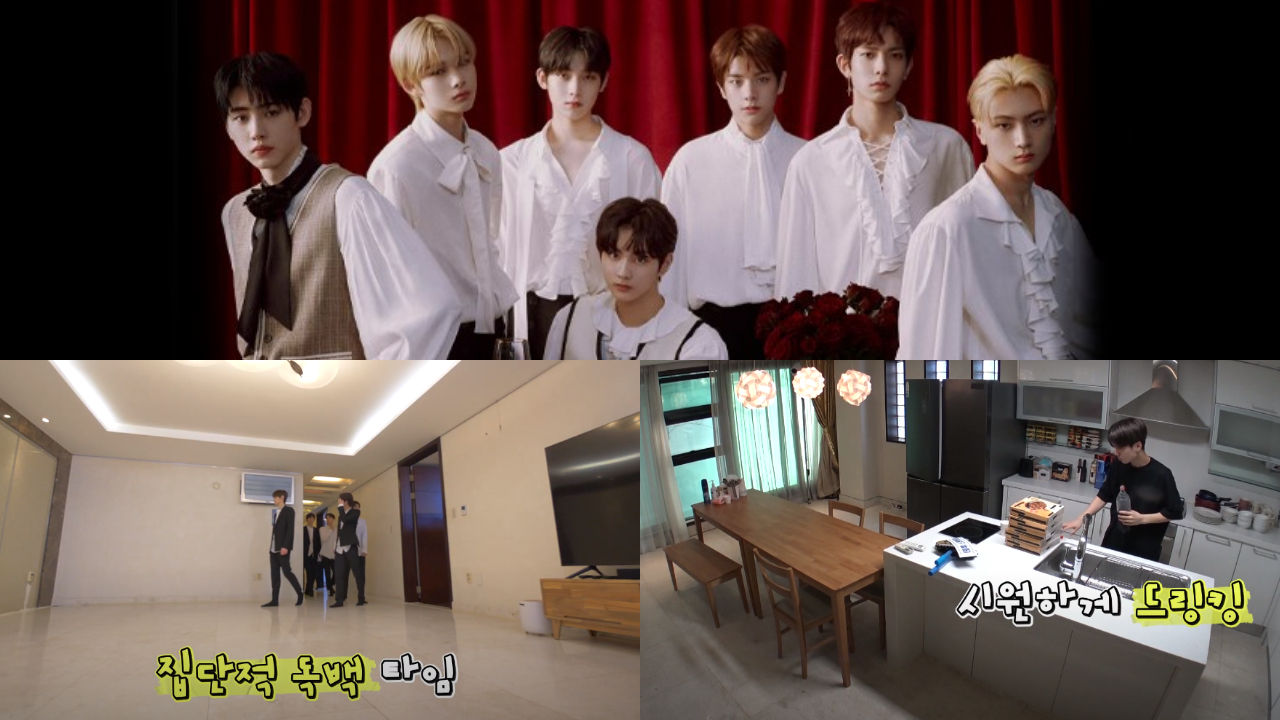 On November 11, the first episode of ENHYPEN's reality show 'ENHYPEN&Hi' was unveiled.

In this episode, the members of ENHYPEN were seen hanging out in their dorm.

As soon as they walked into their dorm, a wide hallway with a marble floor caught the attention of everybody.

There were many rooms and the living room was very spacious.

There were not much furniture around, which made the apartment look simple and big.

The surprising fact was that the seven boys not only lived in the same apartment together, but also shared one single bedroom to sleep in.

Several bunk beds were put next to each other in a large bedroom.

ENHYPEN was formed through Big Hit Entertainment and Mnet's survival audition show 'I-LAND' that was aired from this June until September.

It was recently confirmed that the group is making official debut on November 30.