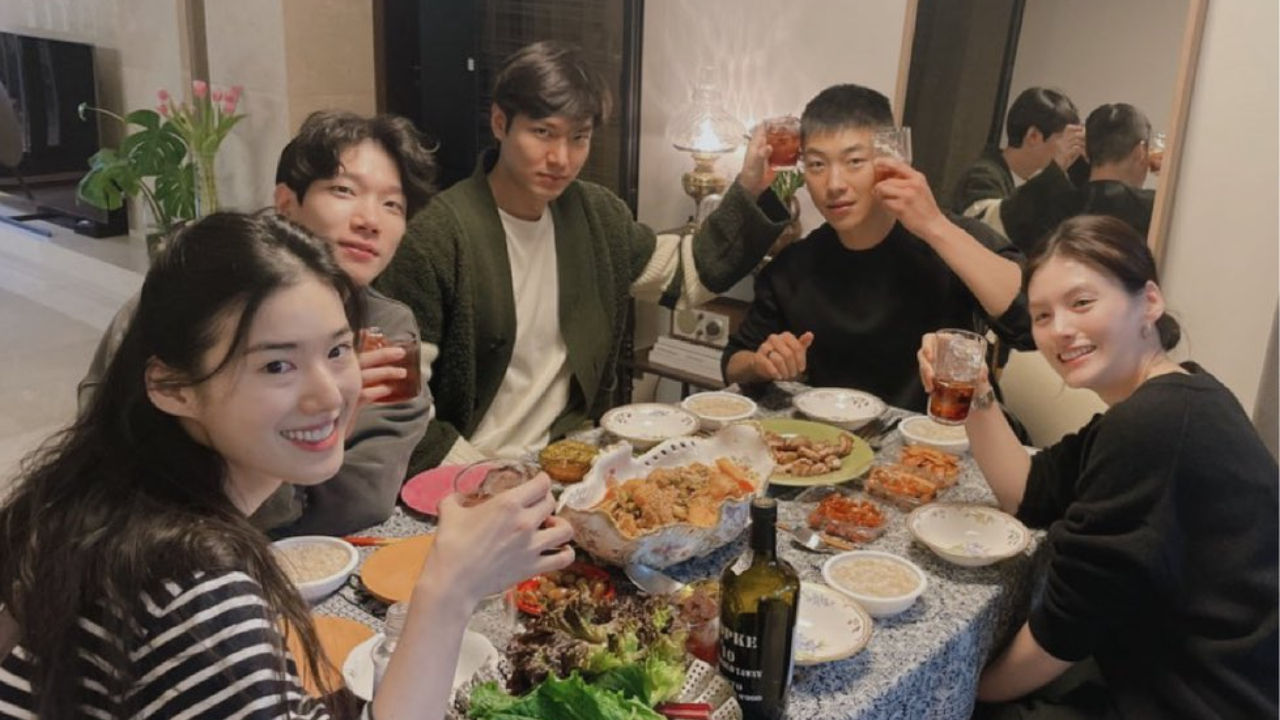 Actor Woo Do Hwan's day-off from the military has become extra special thanks to his former drama co-stars.

The photos were of Woo Do Hwan and the cast members of SBS drama 'The King: Eternal Monarch' enjoying some food and drinks together.

It seems like the cast members decided to have a small gathering as Woo Do Hwan has been given a temporary leave from his military service.

The drama's two leads Lee Minho and Kim Go-eun also took to their personal Instagram accounts to share more photos from their gathering.

Meanwhile, Woo Do Hwan enlisted in the military back in July, and is expected to be released in January 2022.