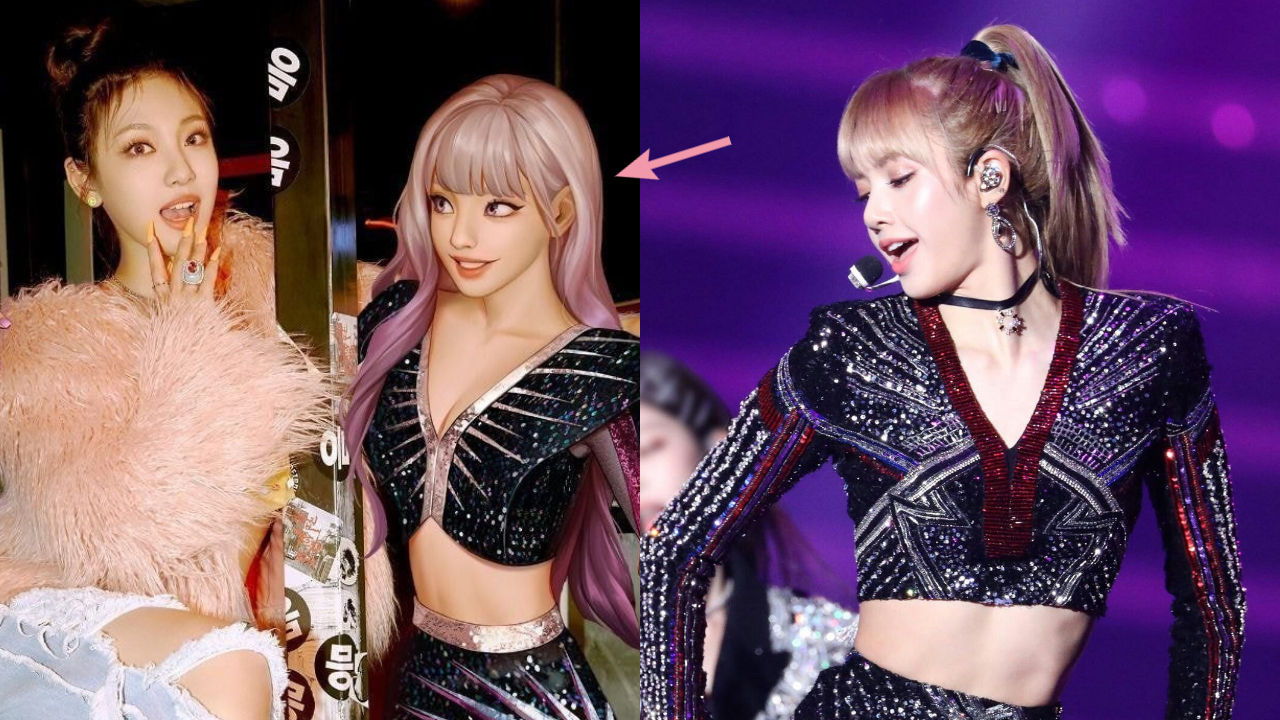 On November 9, SM Entertainment dropped teaser photos for NINGNING and her AI, æ-NINGNING.

Shortly after the teaser release, however, fans noticed that æ-NINGNING does not seem to resemble her human counterpart NINGNING.

While NINGNING's hair is black in the teaser, æ-NINGNING has blonde hair with a hint of purple―and the two's outfits are completely different.

Instead, some fans claimed that æ-NINGNING actually resemble BLACKPINK's LISA.

They found out that æ-NINGNING's outfits look exactly the same as the stage outfits that LISA wore for '2018 SBS Gayo Daejeon'.

Both LISA and æ-NINGNING wore a matching crop top and a mini skirt with black, white, and burgundy glitters all over them.

A lot of fans seem to take this matter lightly since the similarity between the two could be a mere coincidence.

As for BLINKs (BLACKPINK's official fan club), they simply praise LISA's perfect visual saying how a human being can be as perfect as an AI made out of computer graphics.