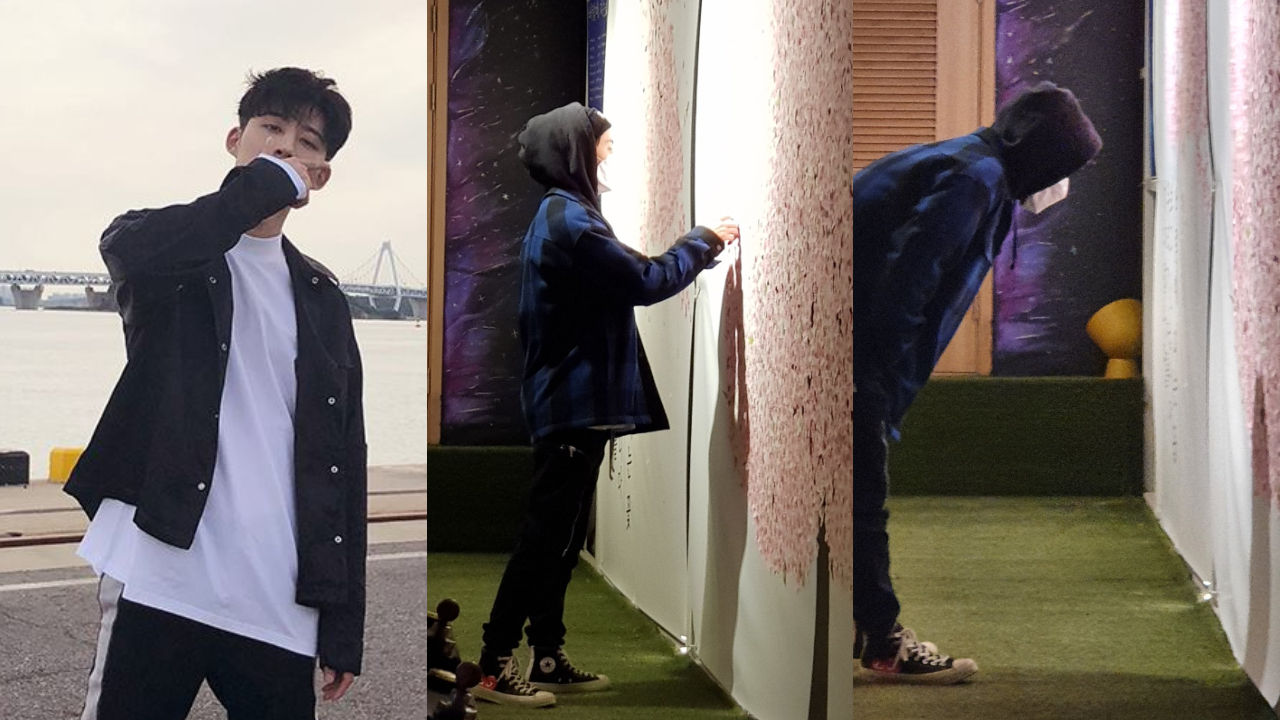 On October 16, some lucky fans shared that they saw B.I in Hongdae, Seoul.

These lucky fans posted photos of him as proof.

The photos showed B.I staring at each message of a fan that was stuck on one side of the wall of a building.

According to fans, he tried reading as many messages as he could before leaving.

He was wearing a hoodie and mask, but they were able to recognize him right away.

Recently, B.I's fandom gathered messages from fans from all around the world.

Following that, the messages were put together and turned into a tree on a wall in Hongdae.

After hearing that B.I made a visit to the tree, fans' hearts instantly melted.

Then earlier this month, it was revealed that B.I was appointed as a management agency IOK Company's youngest executive director.