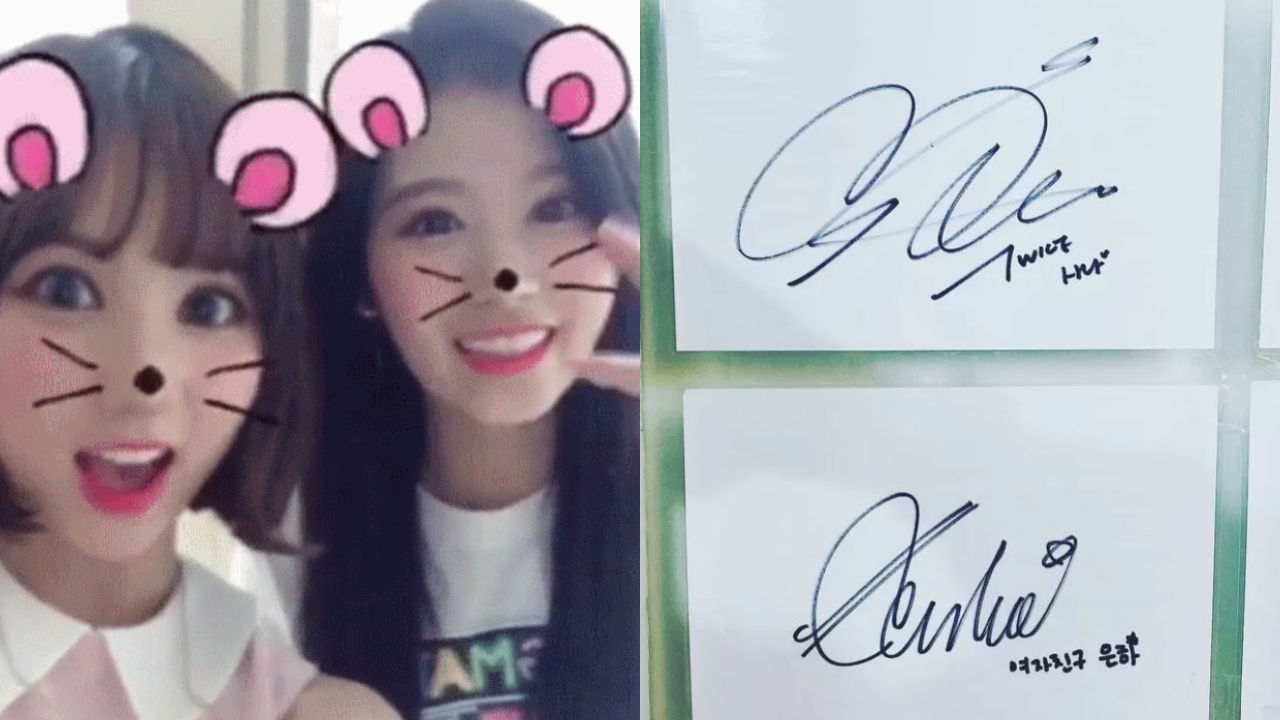 SANA of K-pop girl group TWICE and EUNHA of another girl group GFRIEND were spotted hanging out together at an escape room game revenue.

On October 13, one escape room game venue in Gangnam-gu, Seoul uploaded autographs of SANA and EUNHA on Instagram.

It seemed like the two stars decided to spend a special time at an escape room game venue together as the social distancing measures in Seoul lowered recently.

As this was the first time for K-pop fans to see SANA and EUNHA having a gathering outside work, they became excited after seeing this post.

SANA and EUNHA's friendship goes way back to the time when they featured in MBC M's television show 'Weekly Idol' at the same time in July 2016.

Following then, SANA and EUNHA were frequently seen with each other during music festivals, music shows, awards ceremonies and so on.

Under this post, fans left comments such as, "I totally ship this friendship!", "What would it feel like to see the two beautiful girls walking around together?", "I always love seeing these two together!" and so on.