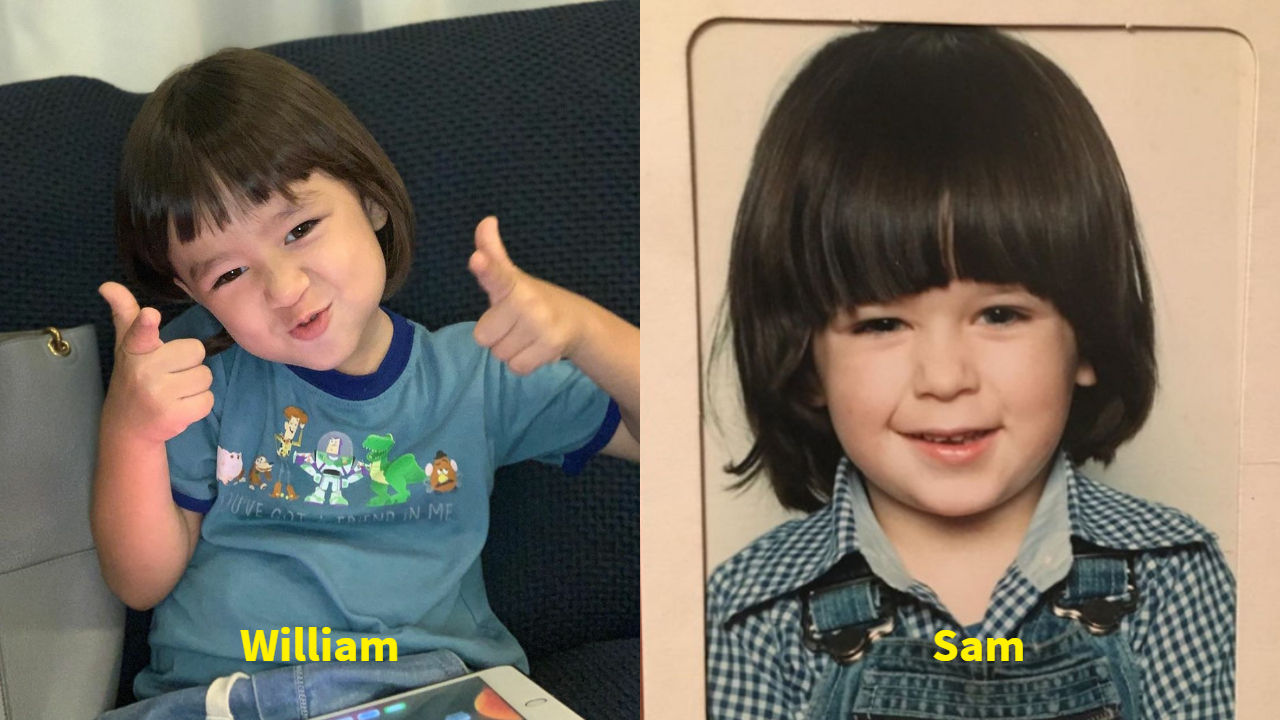 It turned out William Hammington, Korea-based New Zealander Australian comedian Sam Hammington's first son, looks just like his father when he was around his age.

In this episode, Sam Hammington mentioned his childhood days when he felt lonely as the only child.

Sam Hammington said, "My parents split up when I was very little. I grew up not really knowing about my dad, and my mom was busy all the time. Since I was the only child, I always felt alone."

He continued, "That's why I want my boys William and Bentley to have another sibling if it's possible. I don't want them to ever feel lonely like I did."

While he talked about his past, some childhood photos of him were shown.

Sam Hammington and William not only shared exactly the same hairstyle, but also almost the same facial features.

After watching this, lots of people left comments such as, "They look unbelievably the same!", "So, Sam is how William's going to look in the future? LOL", "What? I thought they were photos of William!"