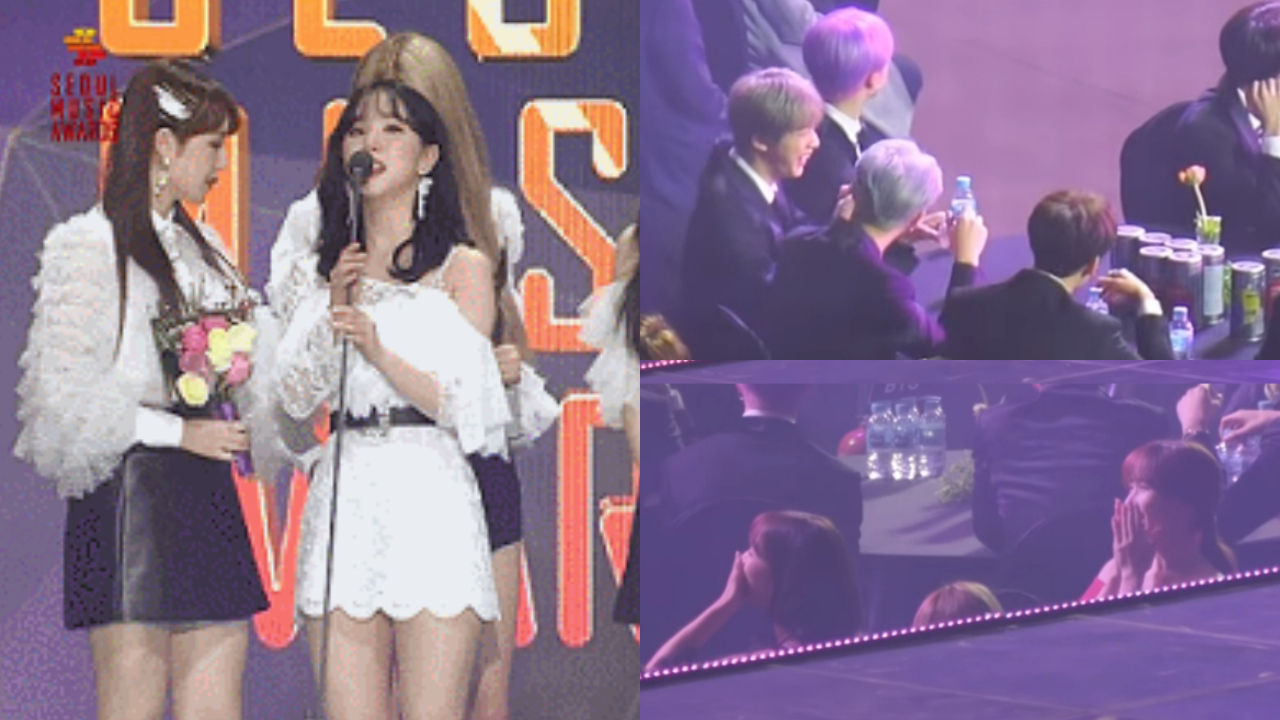 Recently, one video from a past annual awards ceremony 'Seoul Music Awards' started going around online.

The video showed EUNHA giving an acceptance speech after winning an award as a group.

First, EUNHA was seen heading towards a microphone stand which was too tall for her.

Since she was not given much time, she put her head up as high as she could and spoke through the microphone in front of her.

However, it seemed that it was too uncomfortable for her, so she moved to the microphone next to it.

It turned out this one was slightly high for her as well; thankfully though, it was possible for her to speak through it after tilting it to the side a little.

As the other K-pop groups watched her adorably struggling like this, some of them could not hide their laugh while others remained as calm as they could.

Their laughs were caught on fans' camera, and fans could not stop smiling at this video of cute EUNHA and cute response of K-pop groups.