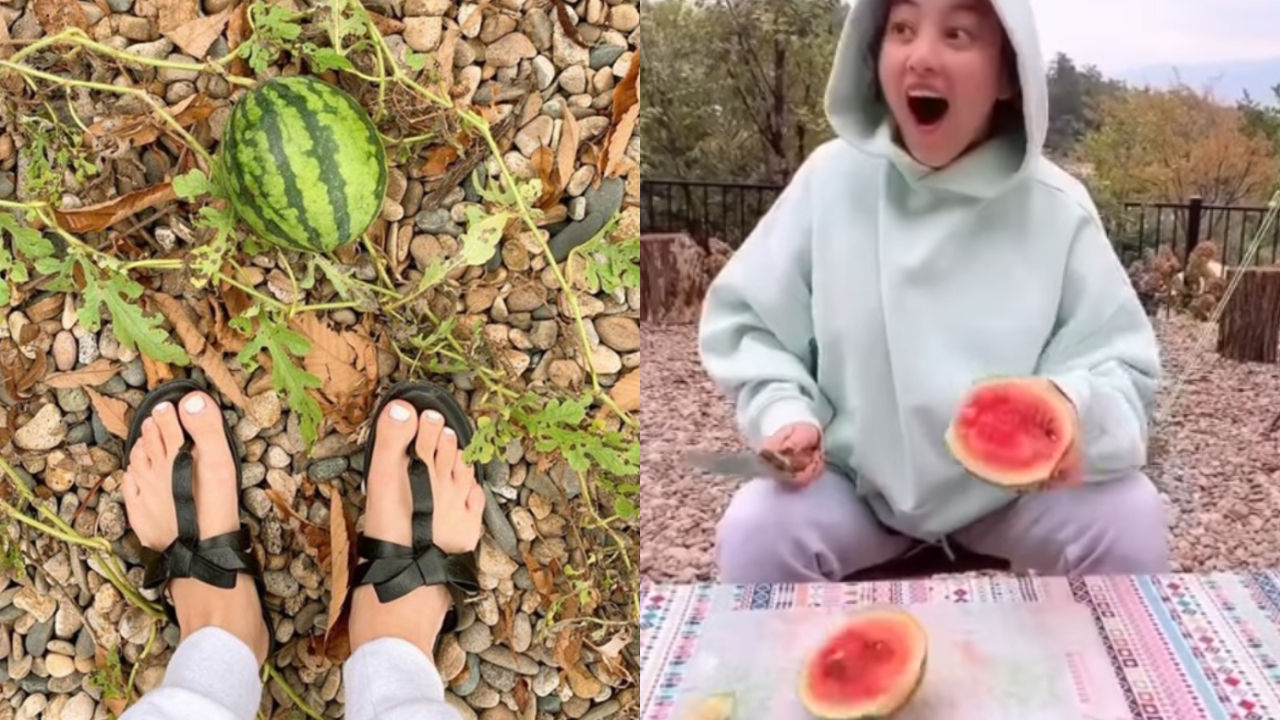 JIHYO of K-pop girl group TWICE showed off a watermelon which unexpectedly grew from a seed that she spat out last year.

The first photo showed JIHYO standing in front of a small watermelon on the ground.

The next one was of JIHYO excitedly cutting the watermelon.

In the third photo, sliced watermelon was on a chopping board.

Finally, there was a photo of JIHYO holding the watermelon with a bright smile across her face.

In the caption, JIHYO wrote, "Did you have good Thanksgiving, ONCE(the name of TWICE's fandom)? I spat a watermelon seed on the ground last year, and look what's there now!"

She continued, "It's grown so cutely, so I decided to cut it and have a taste today. How exciting, right?!"

Under this post, ONCE wrote comments such as, "What a pleasant surprise!", "This is so cute!", "Awww! JIHYO's post made my day!" and so on.