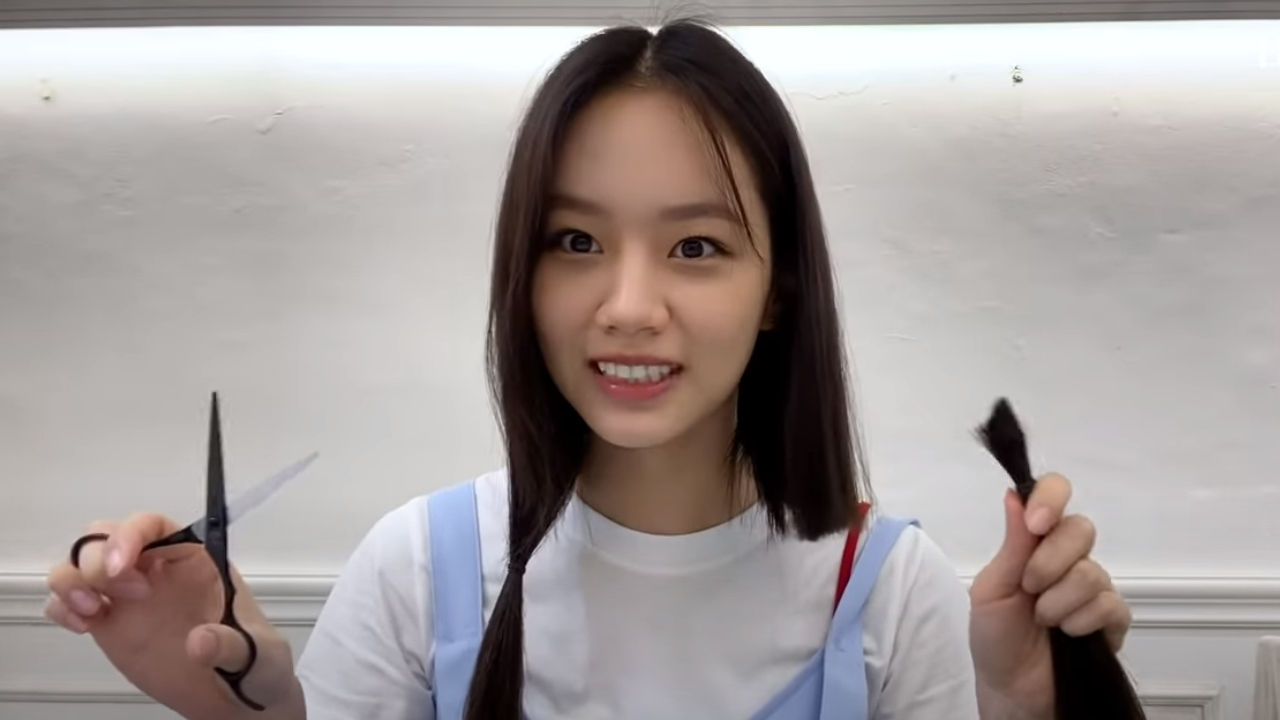 On October 2, Hyeri updated her YouTube with a new video of herself.

At the start of the video, Hyeri said, "I have been growing my hair for like five years, and am going to cut it today. I'm a little nervous."

She continued, "The reason why I'm cutting it is because I want to donate my hair to Korea Pediatric Cancer Foundation."

She went on, "I heard that it has to be at least 15 centimeters, but I believe mine is about 20 centimeters long. Yay!"

Then, Hyeri was seen grabbing a pair of scissors, and bravely cutting her hair short.

After that, Hyeri's hair stylist trimmed it to make it look nice.

Once her hair was all done, Hyeri commented with a smile, "For some reason, I feel really great. It almost feels like my heart is filled with warmth."