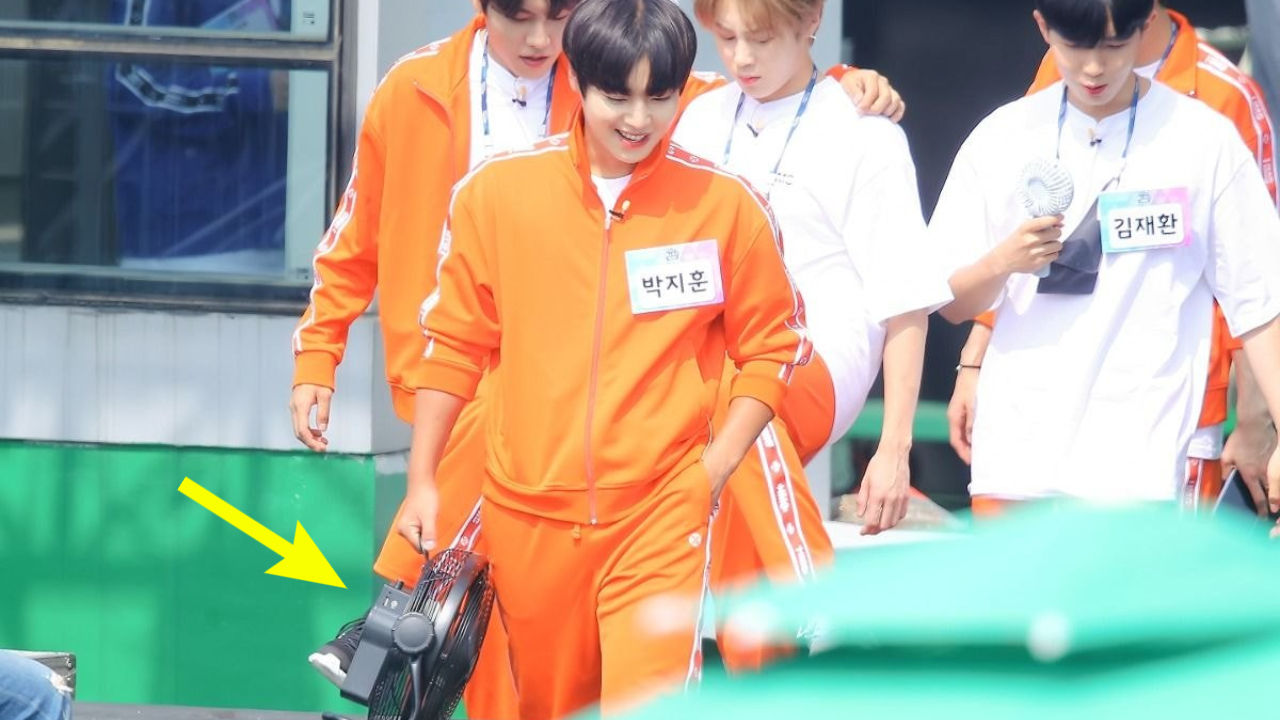 K-pop artist Park Ji Hoon made fans laugh with the size of a fan that he carried to a recording.

The recording took place at an open outdoor space to minimize the risk of possible spread of COVID-19.

As the participants walked out of a building, fans watching them from a distance noticed Park Ji Hoon's fan in his hand.

All the other guys had brought a small portable fan with them, but Park Ji Hoon surprisingly had brought a regular-sized household fan with him to use it while playing a game.

It looked pretty big and heavy, but Park Ji Hoon looked so satisfied with what he had brought with him that fans could not stop laughing about it.

Some fans took photos of him with the fan, and immediately shared them on social media.

As soon as other fans saw the photos, they left comments such as, "What?! His fan is massive!", "He's hilarious!", "He certainly does not care what others think lol." and so on.