[SBS Star] VIDEO: OH MY GIRL HYOJUNG Gives YOOA a Big Hug After She Wins First Place as a Soloist

[SBS Star] VIDEO: OH MY GIRL HYOJUNG Gives YOOA a Big Hug After She Wins First Place as a Soloist 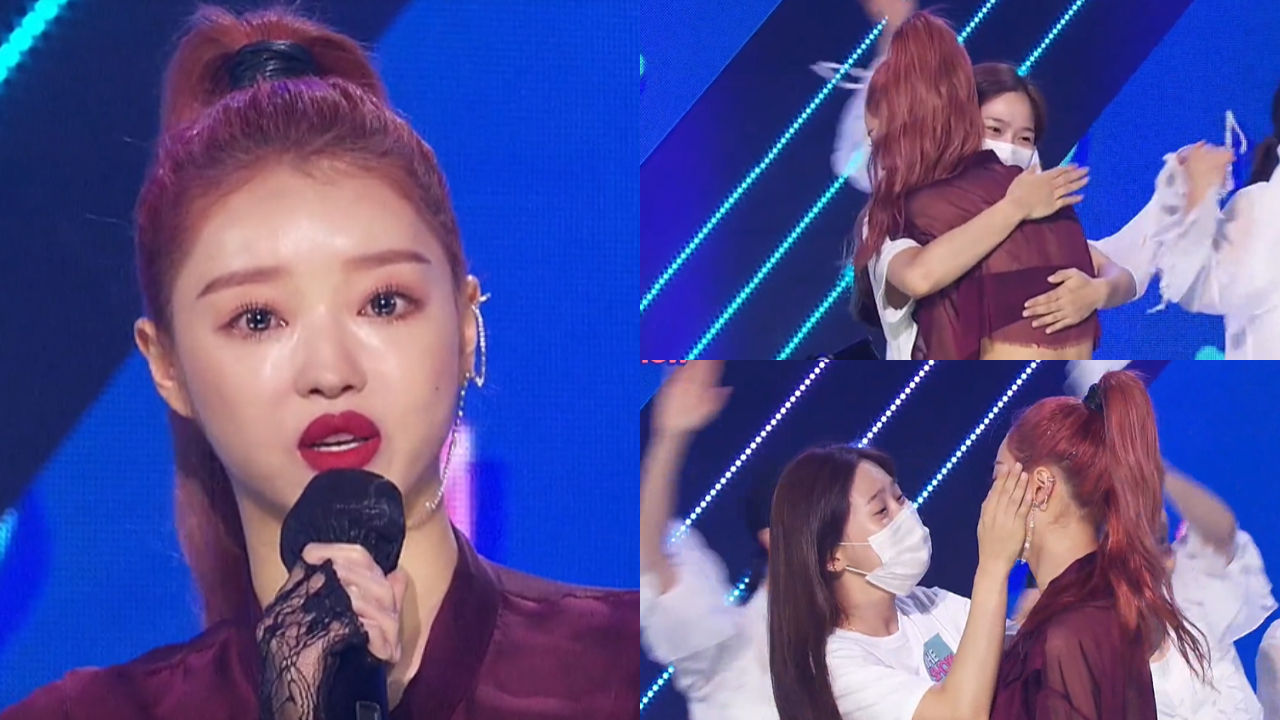 HYOJUNG of K-pop girl group was seen giving her fellow member YOOA the biggest hug after she won first place.

On this day, YOOA was nominated for 'The Show Choice' alongside girl group CLC and soloist WONHO.

Upon hearing the announcement, YOOA was spotted overwhelmed by her emotion and shed tears while delivering an acceptance speech.

As she kept crying during the encore performance, her dancers circled around her and said, "Don't cry!" in unison.

Then suddenly, one girl with a mask came up on the stage and gave YOOA a huge hug.

She did not let go of her for a while, and also patted her on the back.

It turned out the girl was HYOJUNG, who went to 'The Show' with YOOA to show her support.

While watching the two share a warm hug, fans teared up as well.