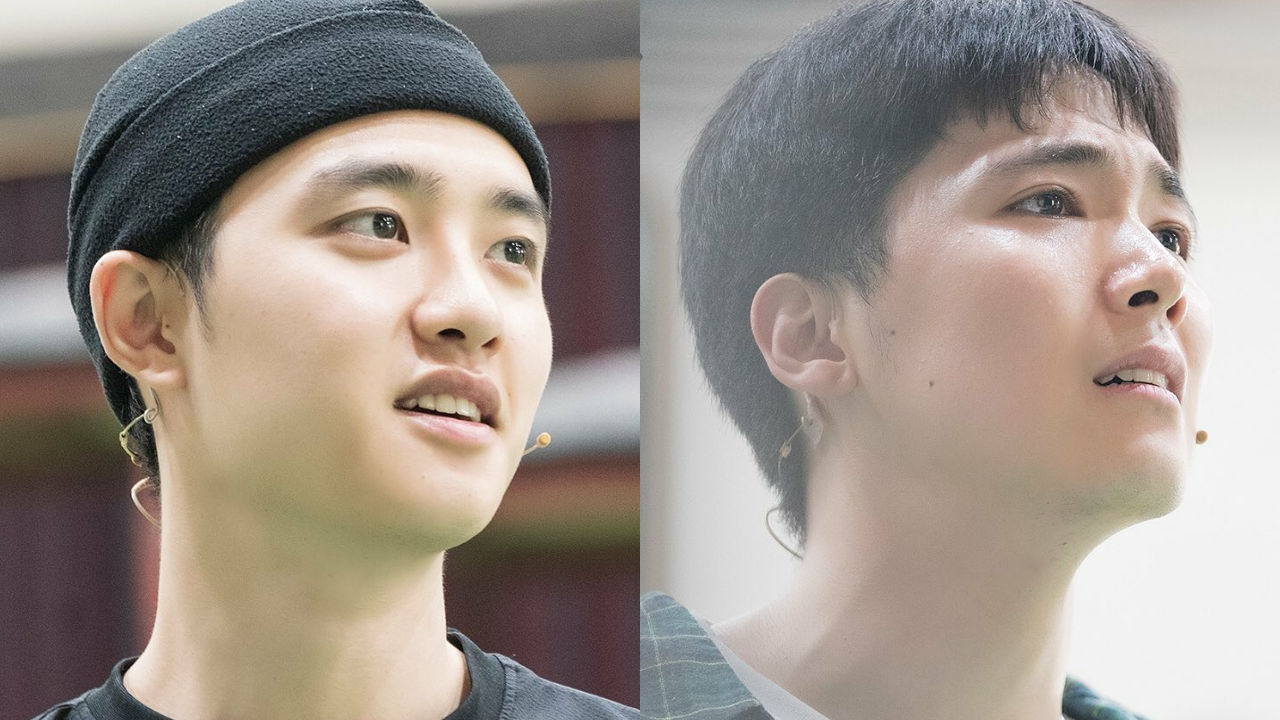 Photos of enlisted celebrities from a rehearsal for their musical were shared.

On September 14, the production company for a military musical 'The Promise of the Day' shared some photos on Instagram.

The photos showed the cast members busily rehearsing for their musical together.

They were seen in a studio as well as on stage, transformed into their characters.

'The Promise of the Day' is a musical that is in production in celebration of the 70th anniversary of the Korean War.

It is about a special recovery operation that is operated to find remains of those killed in war.

Another EXO's member XIUMIN and boy band FTISLAND's member Lee Hong Gi will be playing the role of 'Seung-ho', a soldier in the past.

Boy group INFINITE's member Sung Yeol will play 'Woo-joo', who is a soldier in the present time.

Meanwhile, 'The Promise of the Day' is scheduled to go live from September 24 until 26.