[SBS Star] VIDEO: BTS JIN Wished RM a Happy Birthday in the Middle of His Sleep?

[SBS Star] VIDEO: BTS JIN Wished RM a Happy Birthday in the Middle of His Sleep? 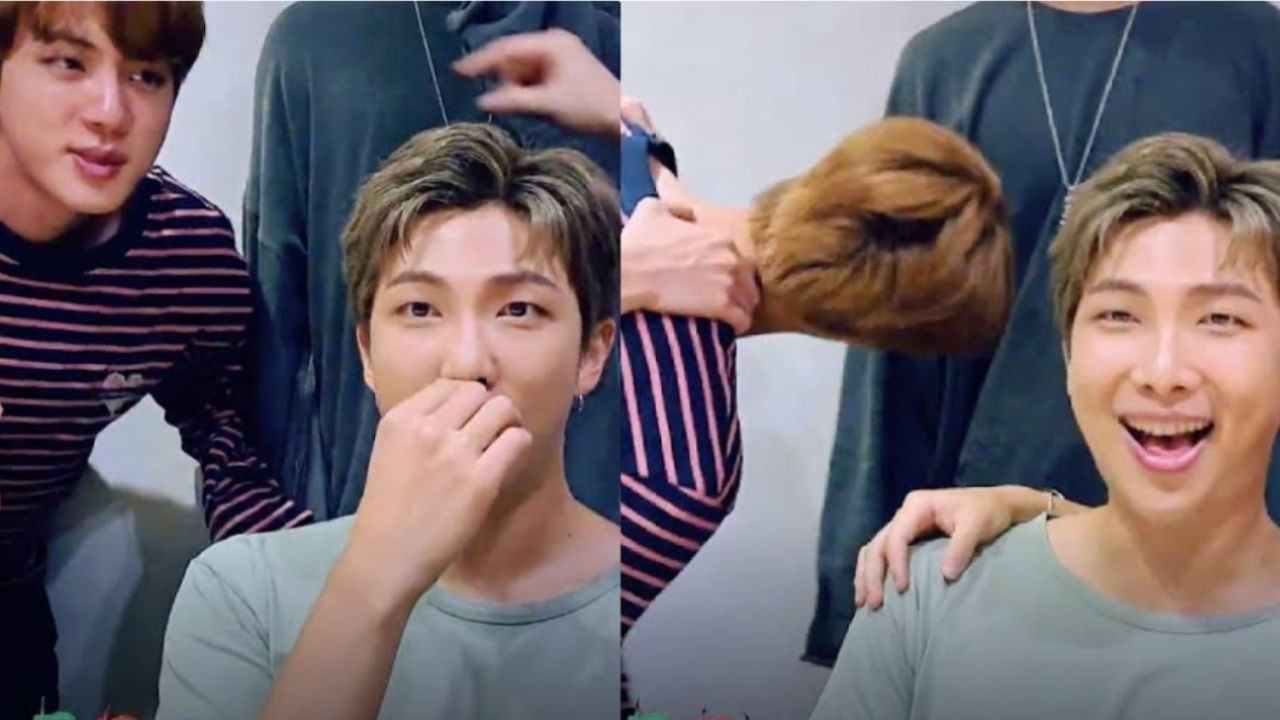 K-pop boy group BTS' member JIN was spotted wishing the group's leader RM a happy birthday in the middle of his sleep.

On September 14, RM held a live broadcast to thank fans for their birthday wishes.

They loudly sang a birthday song together and danced around in excitement.

However, SUGA and JIN were not there; they came in a little while later.

When they came in, the rest of the members could not help but notice JIN's sleepy eyes and red face.

JIN almost looked as if he just woke up a few minutes ago.

Then, they found that JIN's hair at the back was all pressed down, and asked him to turn around to show that to fans.

When he turned around, his back hair indeed was styled(?) exactly like how he slept.

Everyone there burst out laughing because of this, and fans also had a great laugh then.