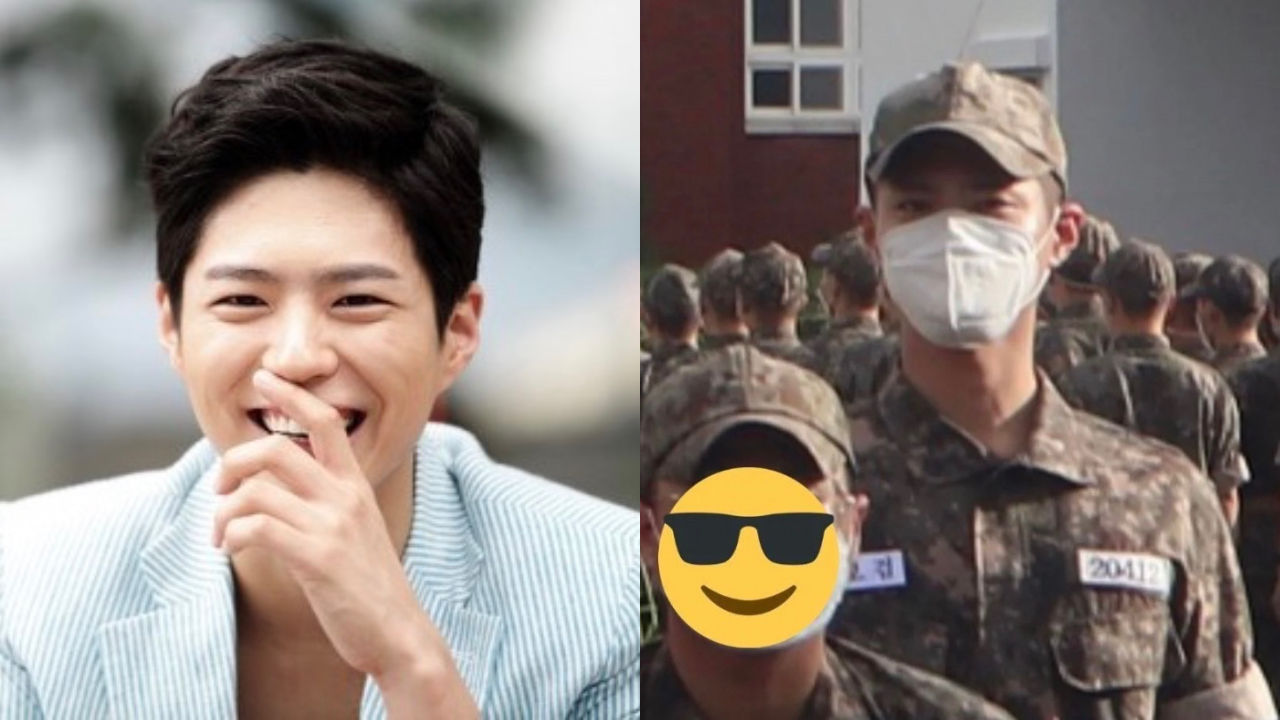 The first photo of actor Park Bo Gum at his military training center was shared online.

On September 9, a photo of Park Bo Gum in his military uniform went viral online, as it is the very first time for his fans to see the actor's new photo since his recent enlistment.

In the photo, Park Bo Gum is in his military uniform posing next to a group of fellow recruit training soldiers.

Although more than half of his face is covered with a face mask, you can easily tell that Park Bo Gum is smiling while taking the photo with his fellow soldiers at the military training center.

Park Bo Gum enlisted in the ROK Navy on August 31, and he is set to serve the mandatory duty as a member of the Navy's military band.

Since it has already been over a week, fans expressed their excitement to finally see Park Bo Gum looking great and healthy at the training center.

They commented, "He looks flawless in his uniform.", "We miss you so much already.", "I wish you to return back safely. Thank you for leaving 'Record of Youth' to us before your enlistment.", and more.

Meanwhile, Park Bo Gum is expected to be discharged in April 2022.