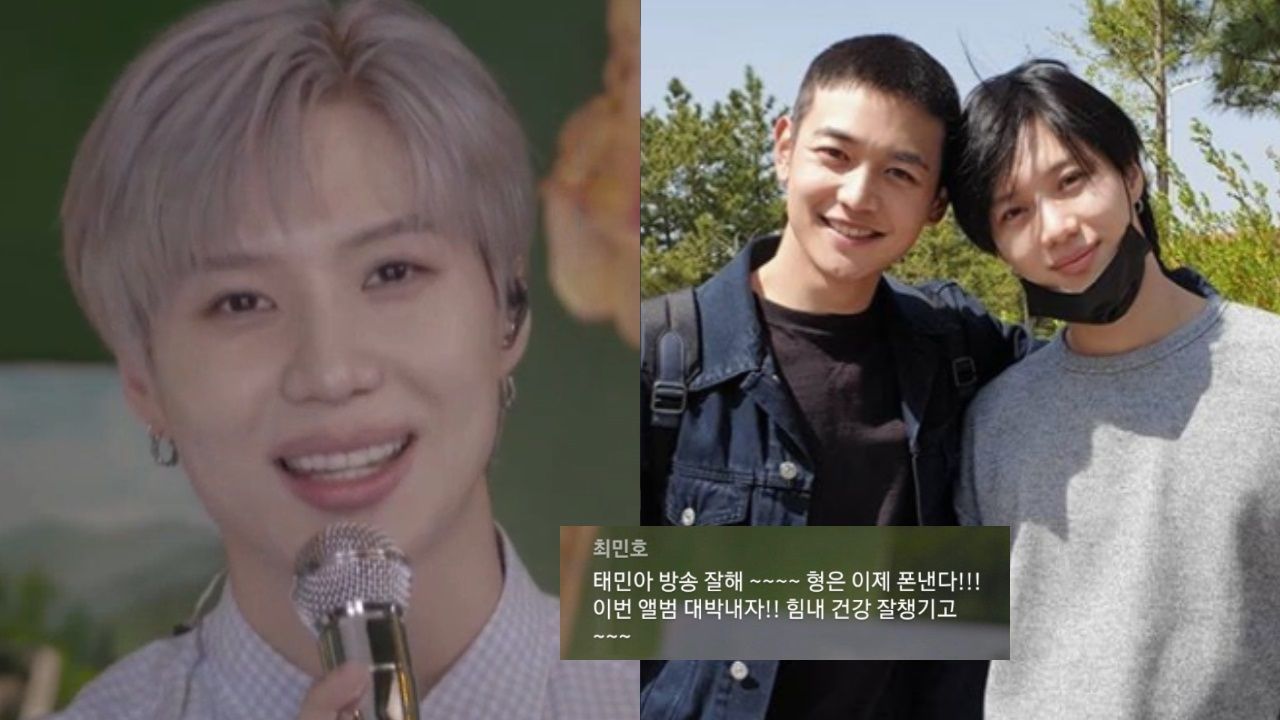 K-pop boy group SHINee's member MINHO showed how much of a huge fan of his fellow member TAEMIN he is.

On September 7, TAEMIN went on live on NAVER V LIVE to celebrate his solo comeback.

Thousands of fans tuned in the live broadcast, and one of the fans who was waiting even before it started was MINHO.

MINHO used his real name 'Choi Min-ho' as a username, and left a bunch of comments in the comment section.

Then during the live broadcast, MINHO wrote comments such as, "Let's go, TAEMIN's 'Criminal'!", "You are the best male soloist!", "I miss you, TAEMIN.", "Be careful not to get hurt." and so on.

Some time later though, MINHO shared that he had to leave and said goodbye to TAEMIN even though he did not manage to spot any of his comments.

MINHO said, "TAEMIN, it's time for me to hand in my phone now. Make sure to take good care of yourself at all times. I'm going to go now, bye."

TAEMIN dropped his new title track 'Criminal' on September 7, and MINHO is currently in the army, serving his national mandatory military duty.