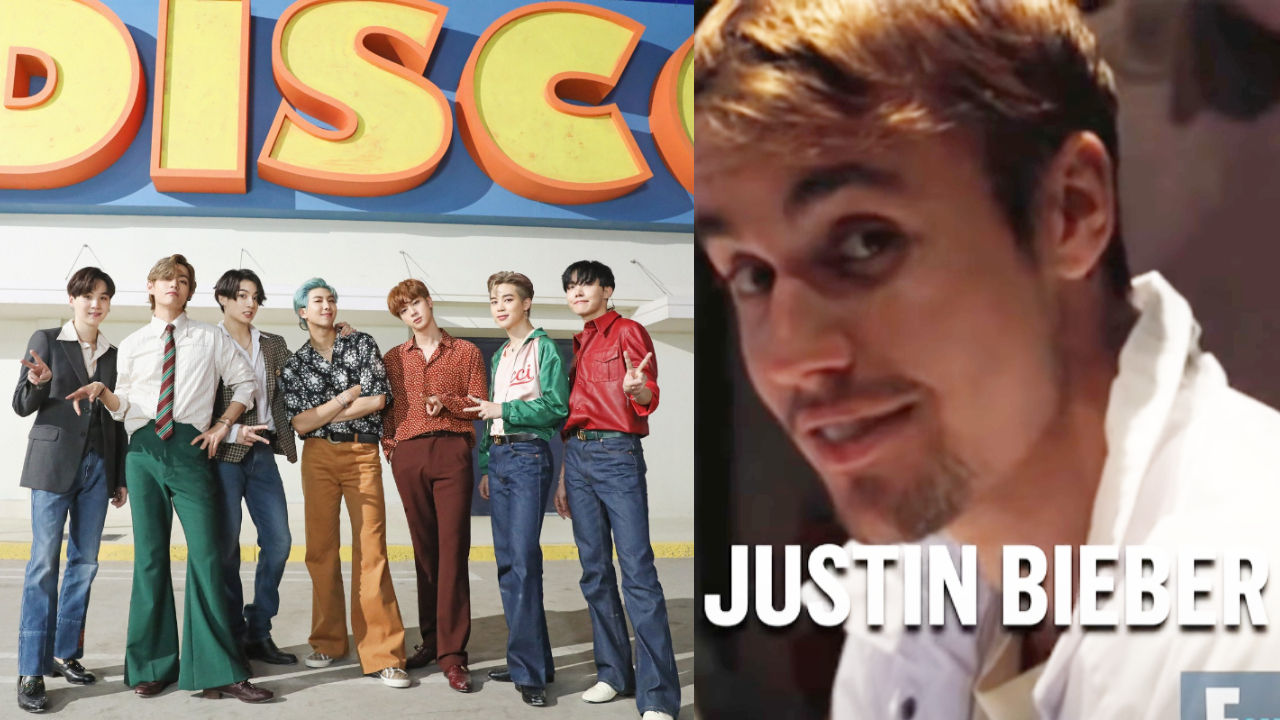 The video was of Justin Bieber talking about how huge BTS has become in the United States as well as worldwide with a voice-over.

Justin Bieber started off by saying, "If anyone knows how to make history, it's BTS. The K-pop group has been shattering records across the global music industry."

He continued, "2020 is shaping up to be a huge year, from ringing in the New Year in Times Square to Carpool Karaoke with James Corden. They performed in Grand Central Station for 'The Tonight Show' and wowed at this year's virtual VMAs."

Then, Justin Bieber mentioned BTS' new track 'Dynamite', which was released on August 21.

Justin Bieber said, "BTS continues their record-breaking streak with the release of their first English single 'Dynamite'. The song's music video has the most views in a single day in YouTube history, and is even the most commented video on the platform. The second most commented video of all time, well, that's another BTS video 'DNA'."

He went on, "'Dynamite' debuted at number 1 on the Billboard Hot 100, making BTS the first South Korean group to top the chart."

Then, Justin Bieber shared what sets 'Dynamite' apart from BTS' other hits.

Justin Bieber explained, "Unlike the group's Korean language songs like 'Boy With Luv' and 'ON', U.S. radio stations are giving 'Dynamite' a lot of air time. Historically, non-English songs have had a hard time getting a radio play. As a result, rarely do they see the top of the Billboard chart."

He carried on, "But fans shouldn't expect to see BTS producing English albums now that they've hit number 1 in the U.S. They've made it clear that the Korean language is a part of their art and identity. The group knows they don't need to change who they are to reach fans."