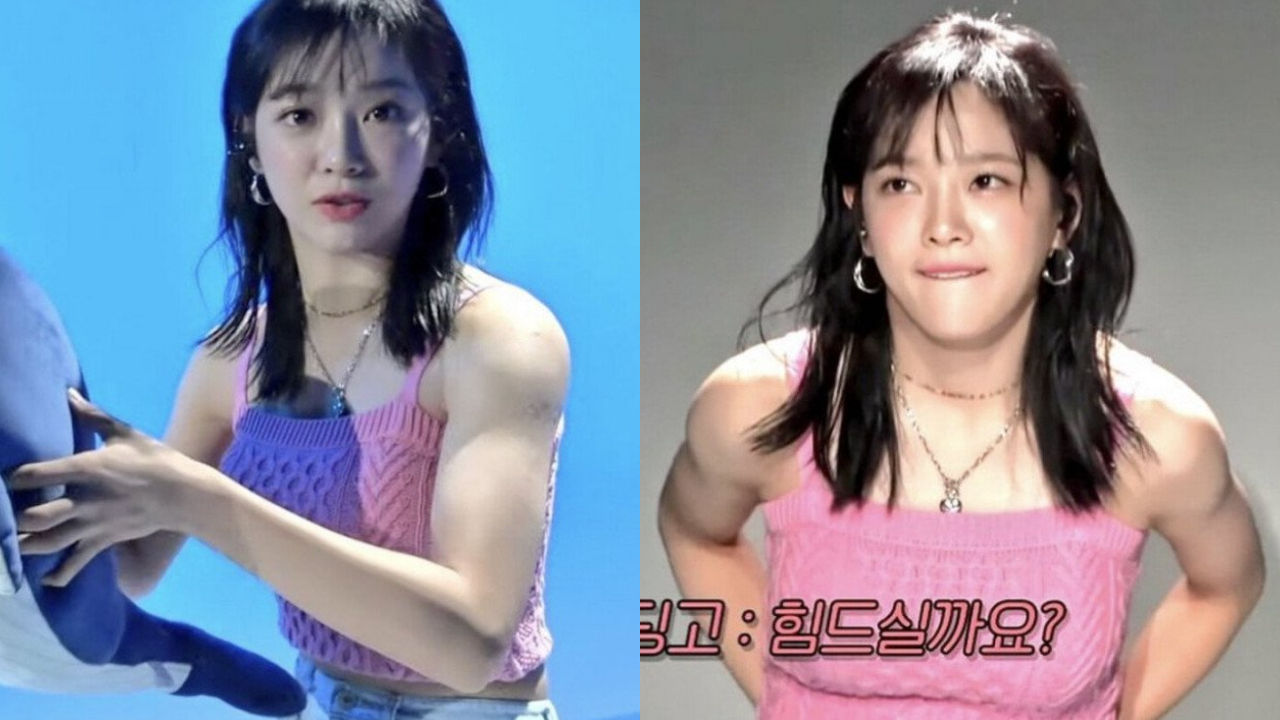 SEJEONG of K-pop girl group gugudan showed off her muscular arms, and everyone is surprised.

On September 1, one YouTube channel unveiled a video of SEJEONG.

It was a behind-the-scenes footage of SEJEONG recording a live performance for her latest title track 'Whale'.

Soon after the release of this video, it became the talk of the town.

It was because SEJEONG was wearing a sleeveless shirt at that time, which highlighted muscles on her arms.

Her arms had such a great amount of muscles that they looked super hard.

Previously, SEJEONG said, "I've been working out recently. My arms used to be thin, but they are all muscular now."

She continued, "It's not like I'm particularly focusing on my arms, but muscles are quickly being added on. Pretty cool, right?"

Upon seeing this new video of hers, fans left comments such as, "Wow, that's crazy!", "Daebak!", "It's not easy to make your arms like that, but I can't believe she unknowingly did it." and so on.