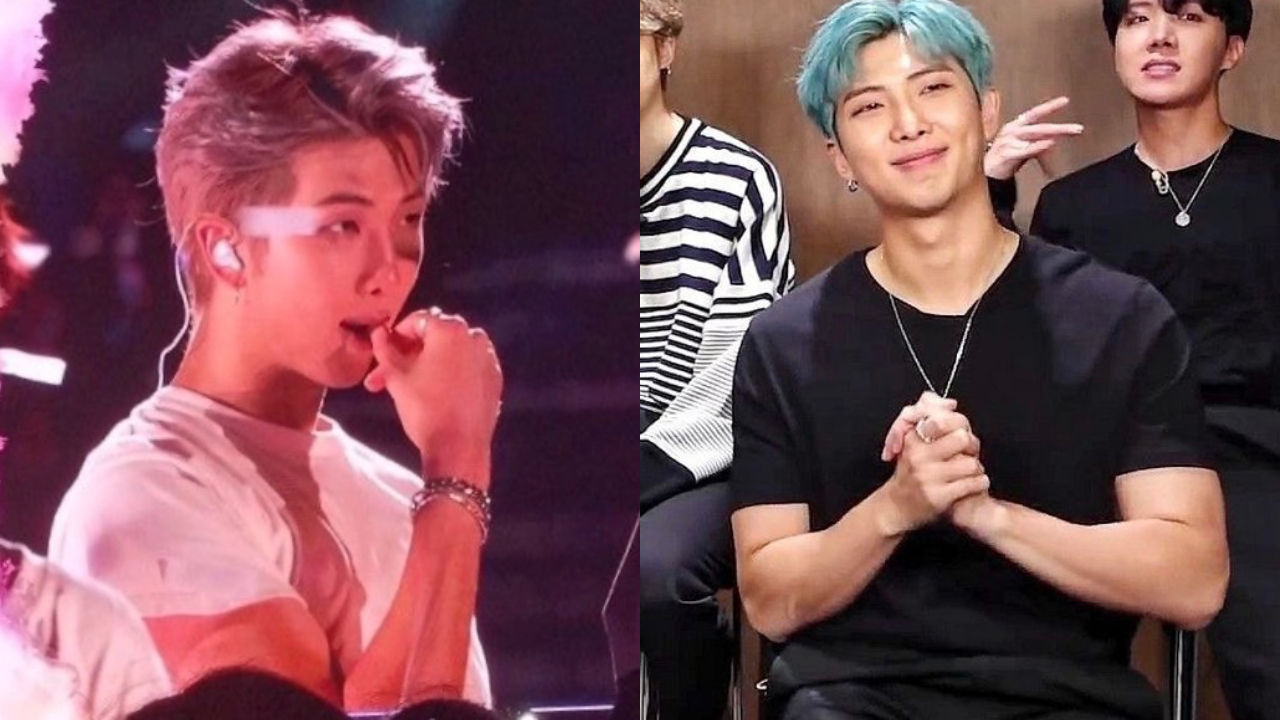 K-pop boy group BTS' leader RM continues to wow his fans around the world with his steady body build-up.

Recently, a post titled 'Looks like BTS RM is building his body' shared on one K-pop community went viral online.

As early as the beginning of this year, fans started to notice that RM has been steadily making changes to his body line by defining his biceps and broadening his shoulders.

Especially in one recent interview clip talking about the release of 'Dynamite', RM was wearing a black t-shirt which well-showed his bulked up arms and torso.

Some fans have even turned this screenshot of RM into a series of memes called the '회원님 시리즈', where RM becomes the personal trainer of his members who are not really following his instructions.

RM: How many sets have you done?
JIMIN: Zero.

RM: Hey, carbs are the short-cuts to stomach fat.
J-HOPE: What are you even talking abot? Koreans need to eat rice.