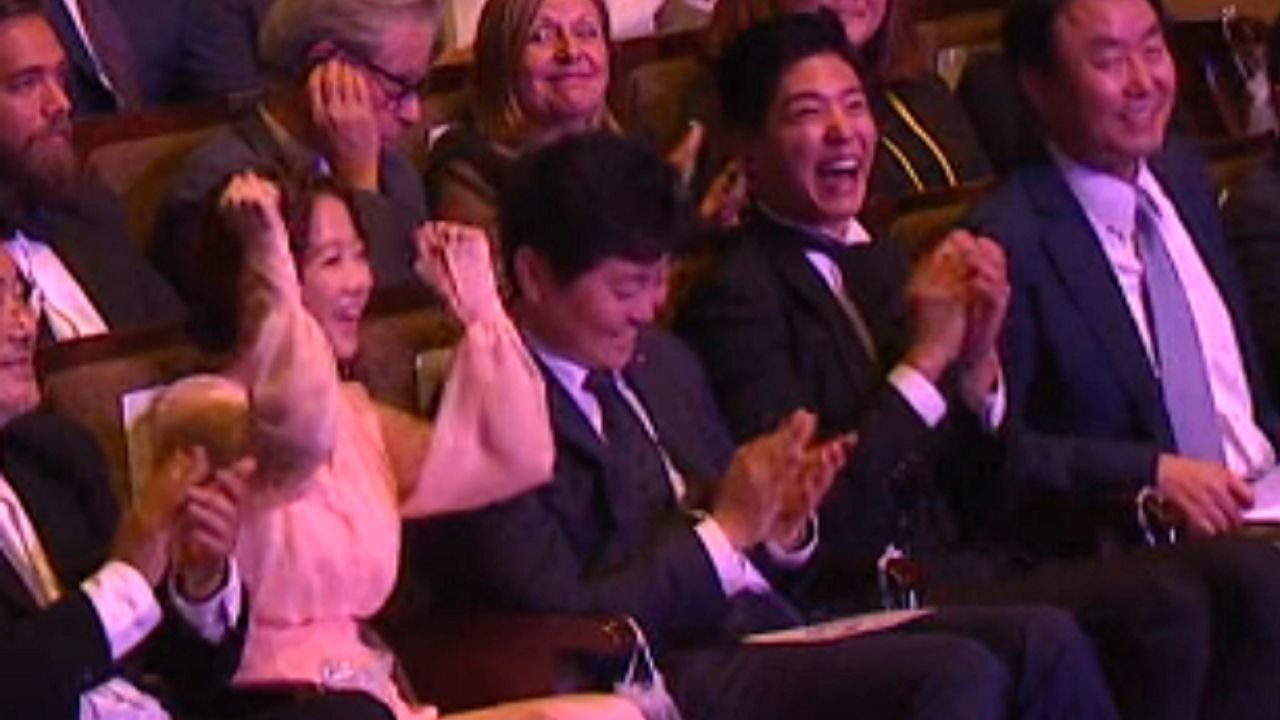 It was a part where singer Ailee won 'Outstanding Korean Drama OST' with her song 'I will go to you like the first snow' in the drama 'Guardian: The Lonely and Great God'.

At the end of her acceptance speech, Ailee said, "I would love to sing for Park Bo Gum's next drama."

As soon as Ailee finished saying this, Park Bo Young and Park Bo Gum both raised their arms up high in excitement.

Then, Park Bo Gum got confused and made a gesture as if asking Ailee who she was talking about.

But Park Bo Young just kept shaking her hands about and screamed in excitement.

Later on, fans told Park Bo Young that she had completely misheard Ailee at that time, and she gave them the coolest response.

She said, "I got to know that after the ceremony, and it was pretty embarrassing when I first found out about it."

She continued, "But hey, what can I do? Things like this happen, you know. I'll just have to forget it and move on."