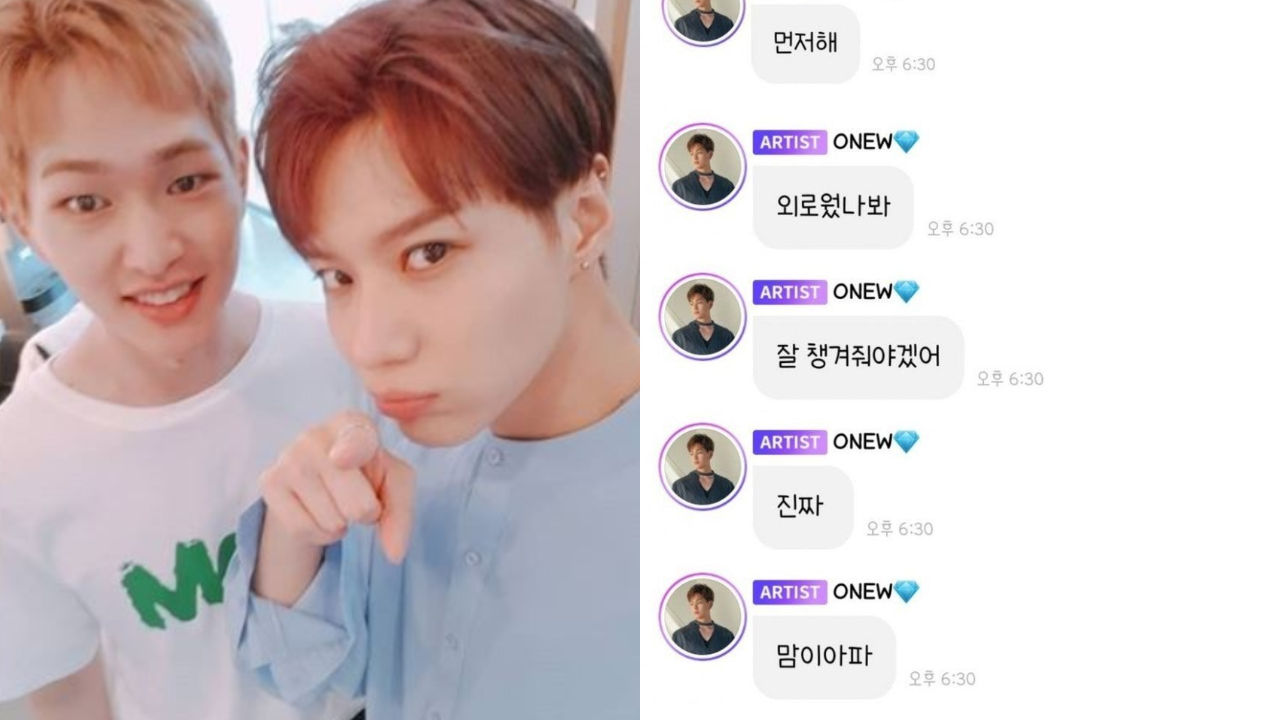 ONEW of K-pop boy group SHINee talked about receiving text messages from his fellow member TAEMIN that made him feel heartbroken.

At one point during the chat, ONEW mentioned the members of SHINee.

ONEW said, "I really miss KEY. Oh, you know what? TAEMIN has been extra nice to me these days."

He went on, "He frequently texts me first; he must be feeling quite lonely. I should take better care of him. It honestly hurts me seeing him like that."

He continued, "TAEMIN's my youngest brother, you know. He always feels young to me. So young."

He laughingly added, "The funny thing is though, my senior in the military who told me off often was younger than TAEMIN. Man, can you believe that?"

Many fans could not stop laughing at ONEW's remark, but they were also sad to hear that TAEMIN is perhaps feeling too lonely at the moment.