대메뉴 리스트
[SBS Star] "You're My Type, But You're My Brother's Bride" KAI Gets Shocked After Listening to 'Your Wedding'
LIVE 제보하기

[SBS Star] "You're My Type, But You're My Brother's Bride" KAI Gets Shocked After Listening to 'Your Wedding' 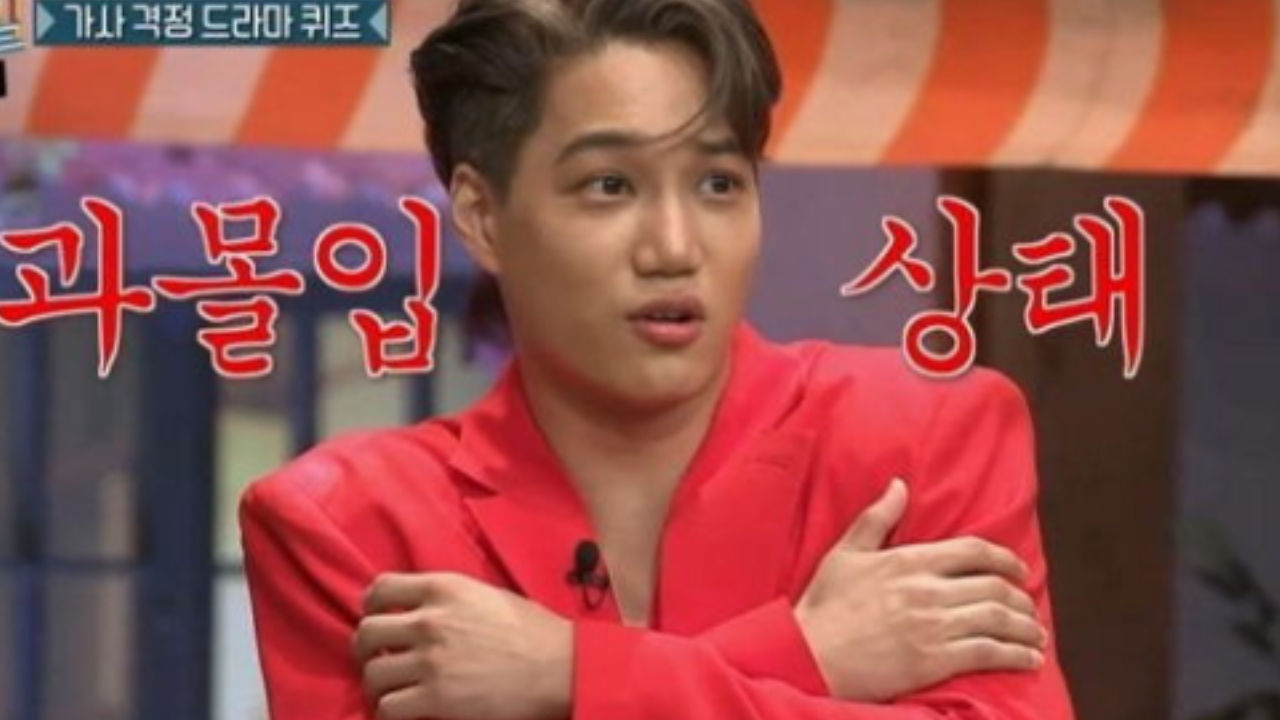 During the show, KAI played a musical game with the cast and other guests.

It was a game where they had to guess the name of the song after listening to a few parts of it, and one of the songs was 'Your Wedding'.

When the song started playing, KAI's jaw dropped and commented, "Is this for real?"

As it kept playing, KAI froze and said, "Is it okay for this lyrics to be aired on television?"

This was because the lyrics of 'Your Wedding' went, "I couldn't move an inch when I first saw you. Why do I have to meet you at my brother's wedding though? You're his bride, and I don't know what to do."

Later in the verse, the lyrics went, "I've finally found my type that I've been searching for long. It'll be a nightmare every time I see her from now on. But it's not like I can avoid that. She is my first love."

Upon seeing KAI's real yet hilarious response, the studio filled with loud laughter.