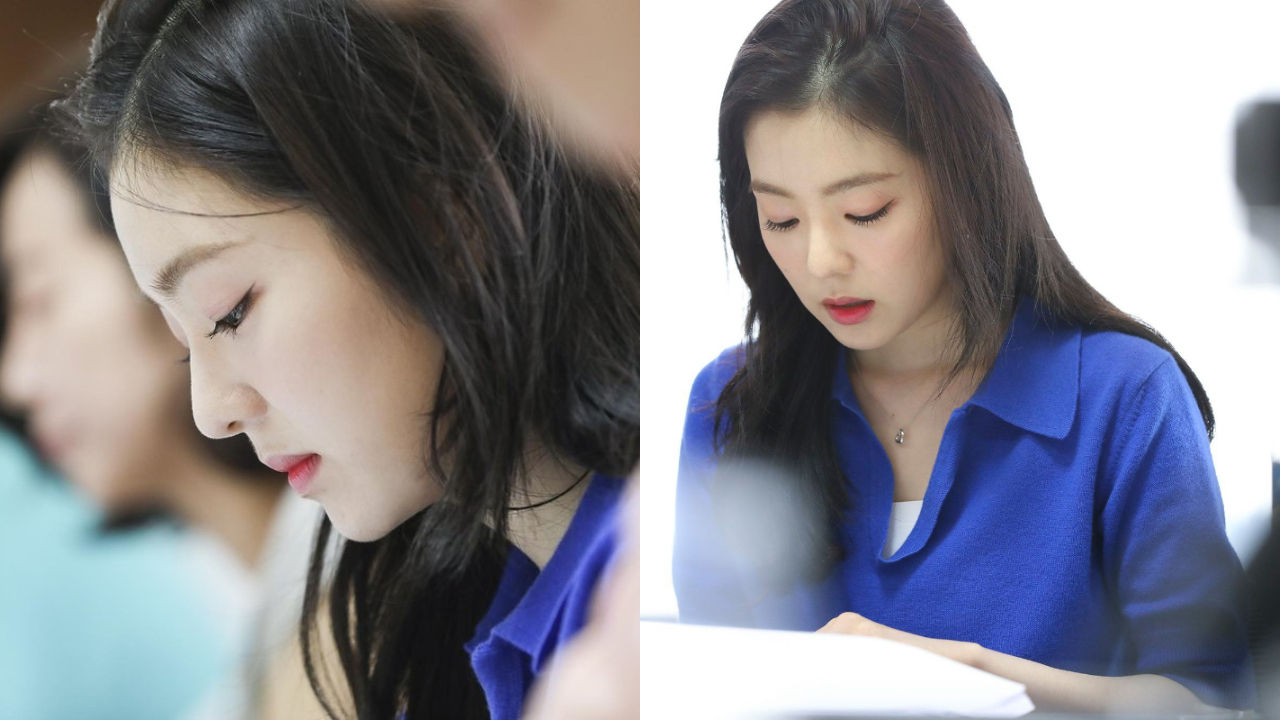 On July 22, the production company for a new movie 'Double Patty' dropped photos of the cast members during their read-through.

Out of all the cast, IRENE caught the most attention, as this was her first time taking part in the read-through for a movie.

After arriving with a t-shirt and pair of jeans, IRENE sat down and immediately locked her eyes on the script in front of her.

She looked slightly nervous, but did an excellent job throughout the time, according to the production staff.

In 'Double Patty', IRENE will play the role of a character who is preparing to become an anchorwoman.

The movie is scheduled to kick off shooting next month, and is expected to hit the theaters at the end of the year.