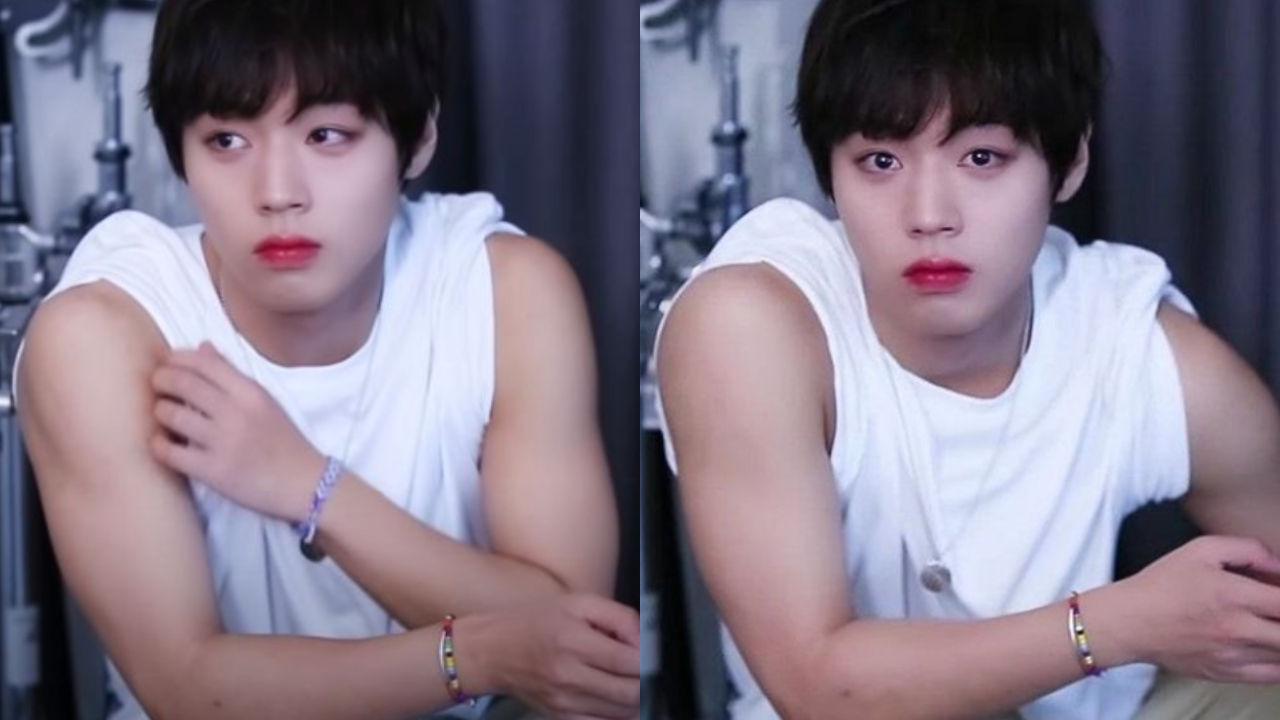 Another charm has just been added to K-pop artist Park Ji Hoon's list of charms, and that is his masculine body.

It was because in part of the video, he had rolled up his sleeves up to his shoulders and showed his veiled muscular body.

It seemed as if Park Ji Hoon had worked out a lot recently, because his arms looked pumped with muscles that were not previously there.

This came as a surprise to many, because it completely contrasted with Park Ji Hoon's cute and innocent-looking face.

Later on when Park Ji Hoon realized that he was being filmed though, he shyly smiled and unrolled his sleeves.