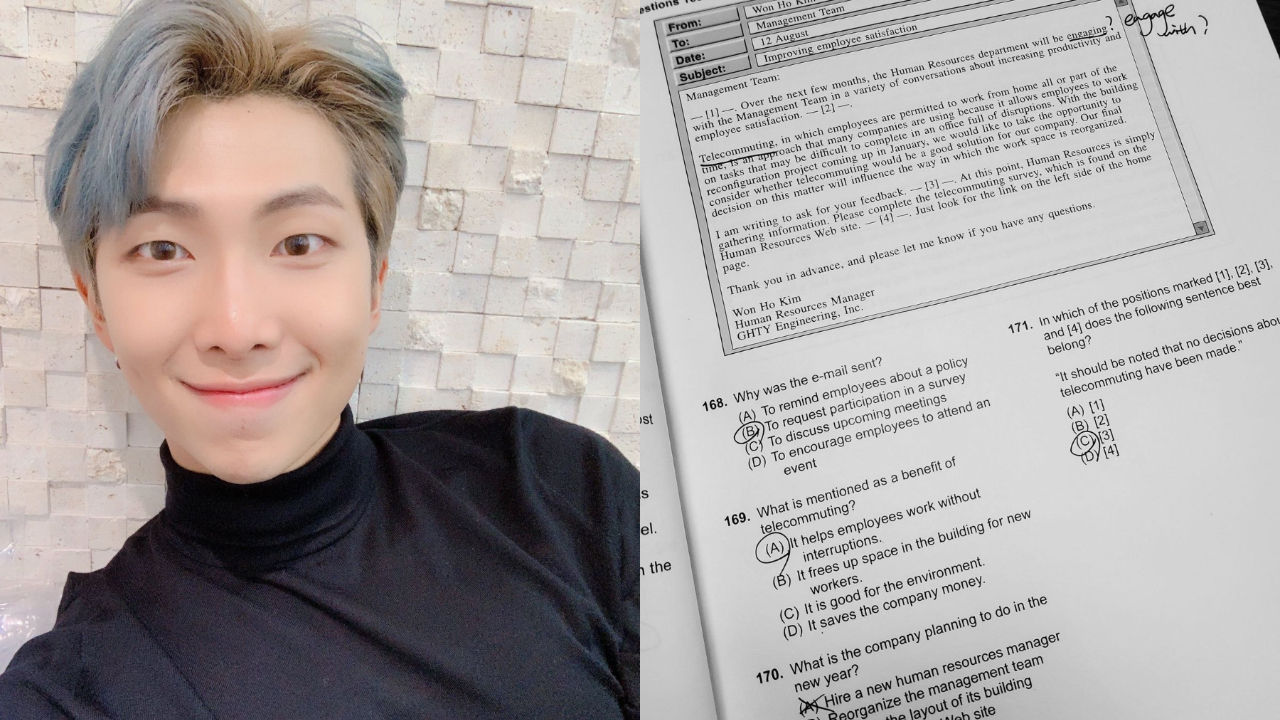 On July 17, RM shared series of photos on BTS' fan official community, giving fans an update on his life.

The photos showed him enjoying a walk around Han River at night.

There were also photos of him at a park on a sunny day.

Lastly, there was a photo of a piece of paper that looked like it was part of TOEIC.

On the paper, RM took a note and circled answers.

What caught the attention of fans was this very last photo and RM's comment below it.

He wrote, "I'm studying TOEIC for the first time in like 10 years, just for fun."

After seeing that he was studying TOEIC just for "fun", fans could not be more surprised.

They commented, "What? He's studying TOEIC for fun...? This doesn't make sense at all.", "He's probably the only one in this world who studies that crazy hard test for entertainment.", "I mean, who seriously studies TOEIC for fun?" and so on.