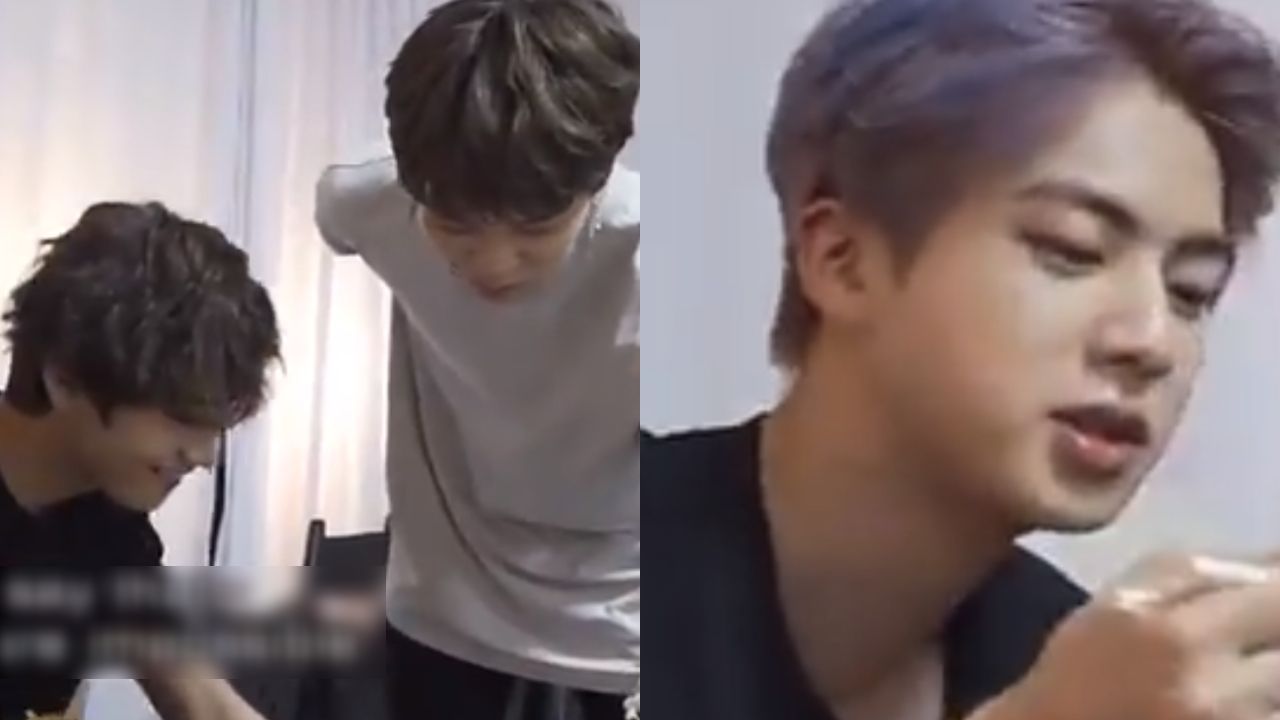 In the footage, JIN, V and JIMIN were seen having Korean-Chinese delivery food together.

As they were getting ready to eat, V said, "I don't want to push my hair back, because it makes me look cute."

JIMIN responded, "You are always cute though."

After listening to this, JIN coldly said without even looking at them, "What are you two doing, man..."

Then, he just ate as if he is saying, "I've had enough of this." and only cared about the food in front of him.

While JIN ate, V shyly laughed and said, "Hey, no. Stop.", and made some cute noises in embarrassment.