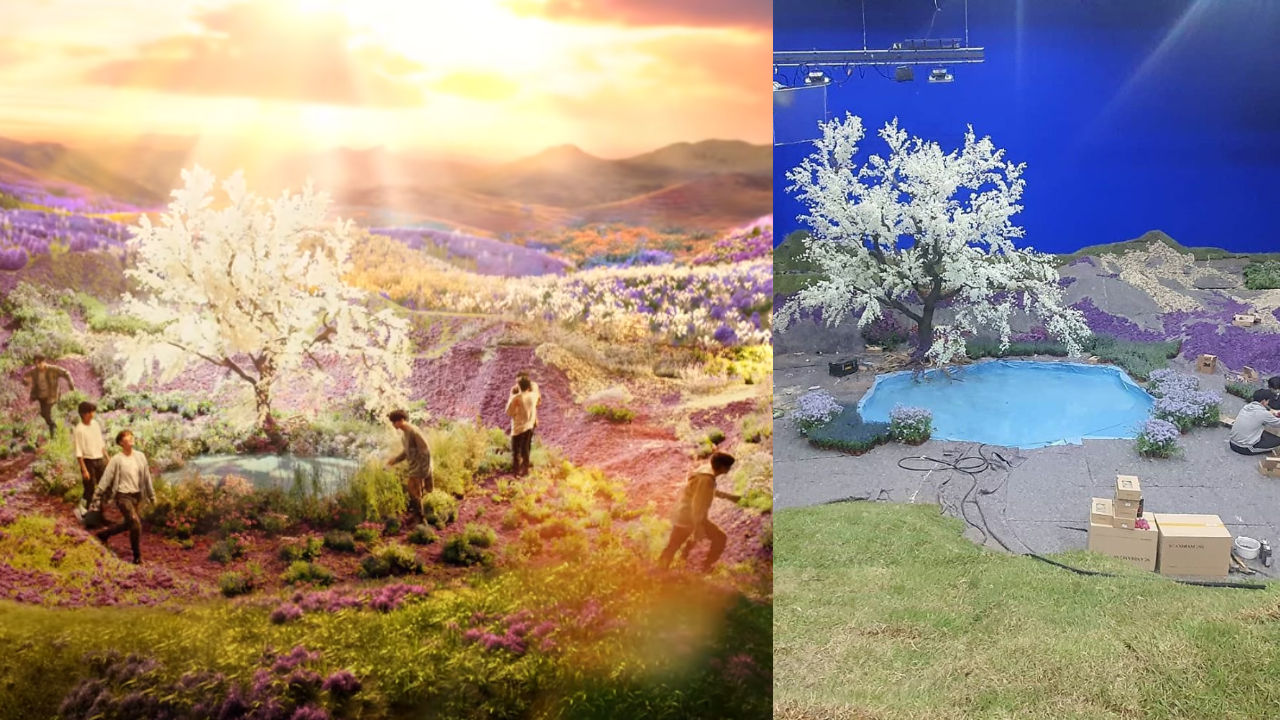 A scene in K-pop boy group BTS' latest music video that everyone thought was computer-generated imagery (CGI) turned out to be not CGI.

The photos showed the process of making a set for the music video 'Stay Gold'.

'Stay Gold' is the title track of BTS' Japanese album 'MAP OF THE SOUL : 7 ~THE JOURNEY~' that was released on June 19.

In the photos, the production crew of 'Stay Gold' makes a beautiful hill with purple flowers, white tree and small pond completely out of scratch.

The photos shocked everybody, because they thought the hill was CGI without doubt.

BTS is known for not using much CGI in music videos, but it was still so hard-to-believe.

It was because the scale of the set was unbelievably big; there was a huge amount of effort put into it.

BTS as well as the group's music video production crew are given a thumbs up for going this far to create a perfect music video.
(Credit= Online Community, 'Big Hit Labels' YouTube)