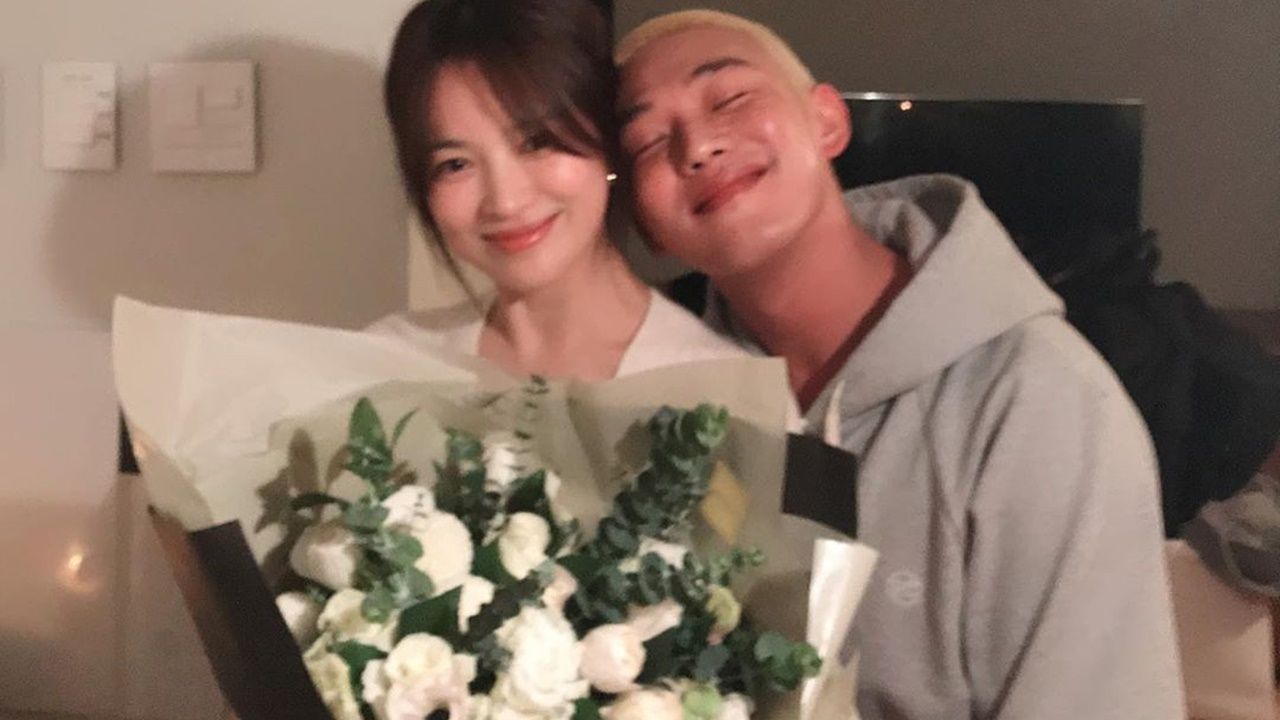 The post was of a photo she took while sitting in the audience seat watching the cast members of the film '#ALIVE' greeting attendees at a movie theater.

Along with the photo, Song Hye Kyo wrote, "#ALIVE, #Zip Cinema," along with a clapping emoji.

Song Hye Kyo and Yoo Ah In are known to be best friends in real life.

The two have been spotted showing their full support for their projects whenever they get the chances to do so.

Meanwhile, '#ALIVE' is a zombie apocalypse movie about a sudden outbreak of a mysterious disease that causes those infected to attack citizens.

As the disease rapidly spreads all over Seoul, survivors are trapped alone inside their apartment complex without any access to cellular data, Wi-Fi, or phone calls.

The film is led by Yoo Ah In and actress Park Shin Hye.