대메뉴 리스트
[SBS Star] "The Moon Is Everybody's, It Is Even Seokjin's" NASA Mentions JIN in Their Official Social Media
LIVE 제보하기

[SBS Star] "The Moon Is Everybody's, It Is Even Seokjin's" NASA Mentions JIN in Their Official Social Media 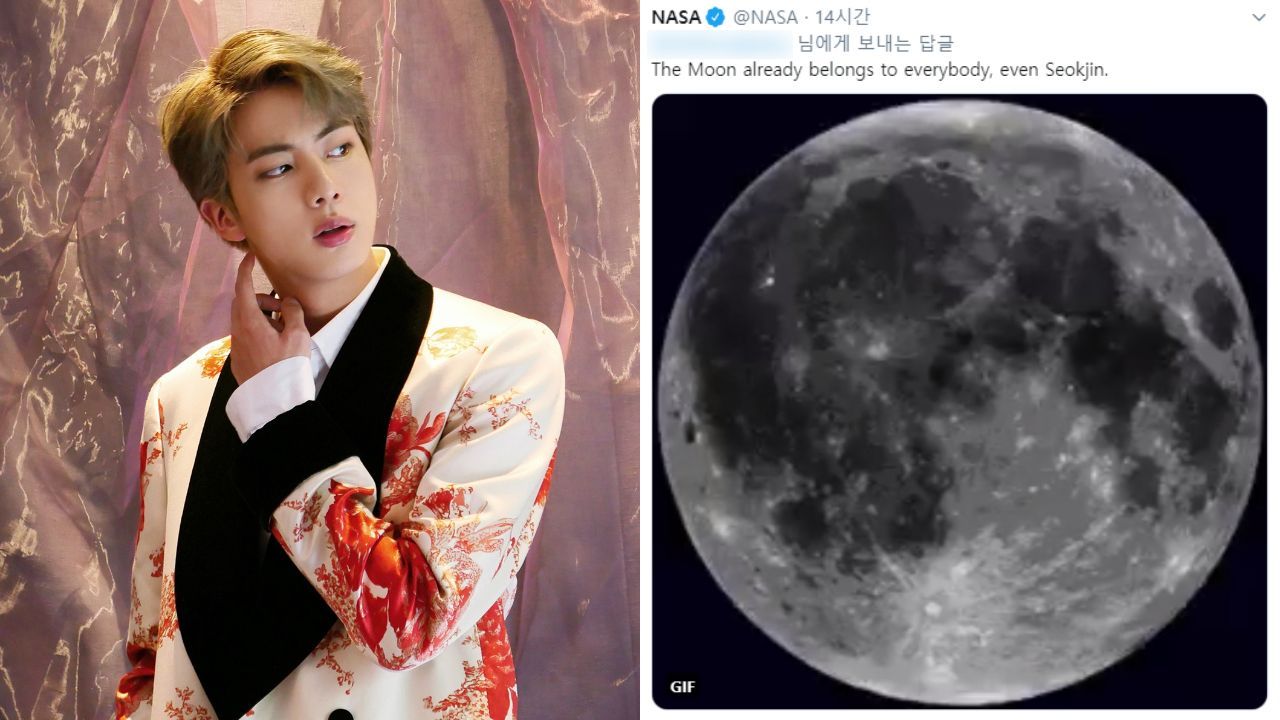 On June 21, one fan of BTS wrote an interesting message to the National Aeronautics and Space Administration (NASA) via Twitter.

The fan said, "I'm posting a lot about JIN at the moment, because I want NASA to give him the Moon."

It did not seem like this fan was expecting a reply from NASA, but then a surprising thing happened three days later.

On June 24, NASA replied, ""The Moon belongs to everybody, even Seokjin (JIN's real name)."

In their reply, NASA included an image of the Moon spinning around.

Not only the fact that they replied to the fan's playful message, but the fact that NASA also went out of their way to find out JIN's real name came as a real surprise to many fans.

This seemed to have shown how influential and powerful JIN was, making fans across the world proud.

The Moon already belongs to everybody, even Seokjin. pic.twitter.com/S9hOxem70h