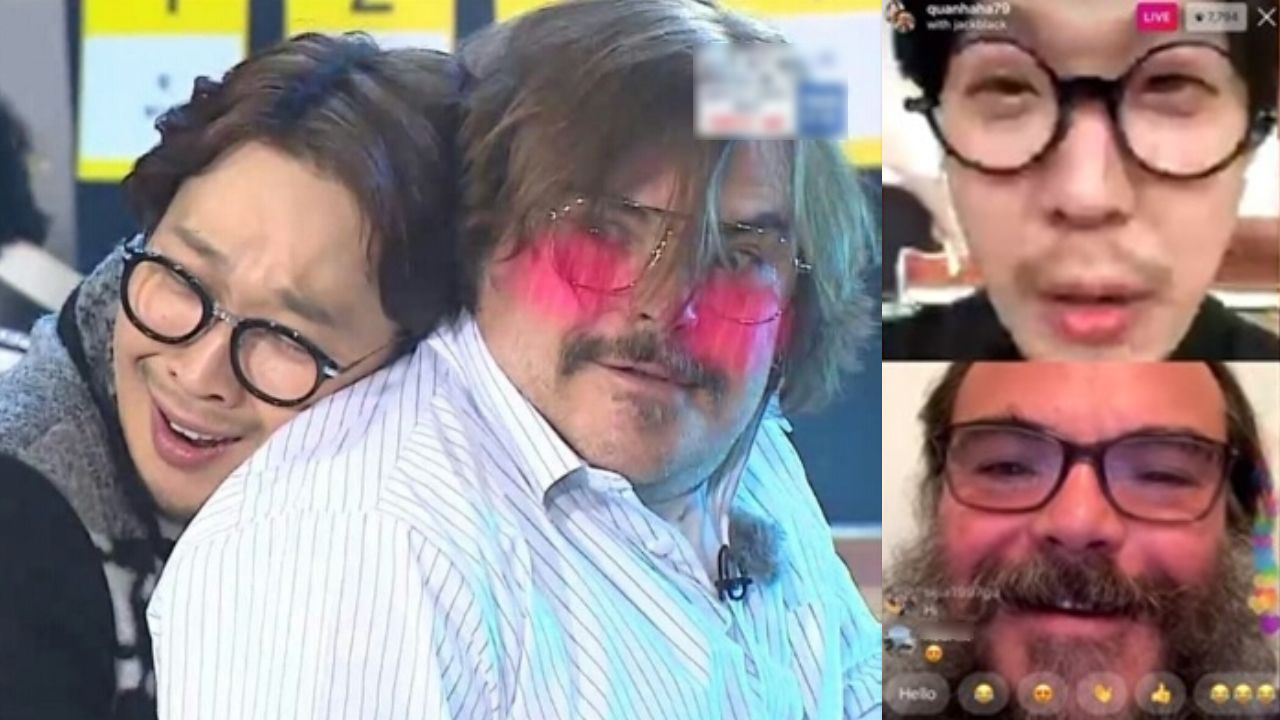 On June 18, HAHA held a live broadcast and greeted fans via Instagram before shooting.

He first informed his fans that he was waiting for the shooting to begin, and introduced them to the pork cutlet he is endorsing with his fellow 'Running Man' cast Kim Jong-kook.

During the live broadcast, Jack Black suddenly appeared on the comment section, commenting, "Quan!" and "Hi!".

Jack Black first greeted HAHA with a bright smile on his face and said, "I miss you! How are you? You're looking good. I'm hungry. I'm gonna fly over there and have lunch with you!"

HAHA and Jack Black previously met each other in 2016, when Black made a guest appearance on MBC's variety show 'Infinite Challenge'.