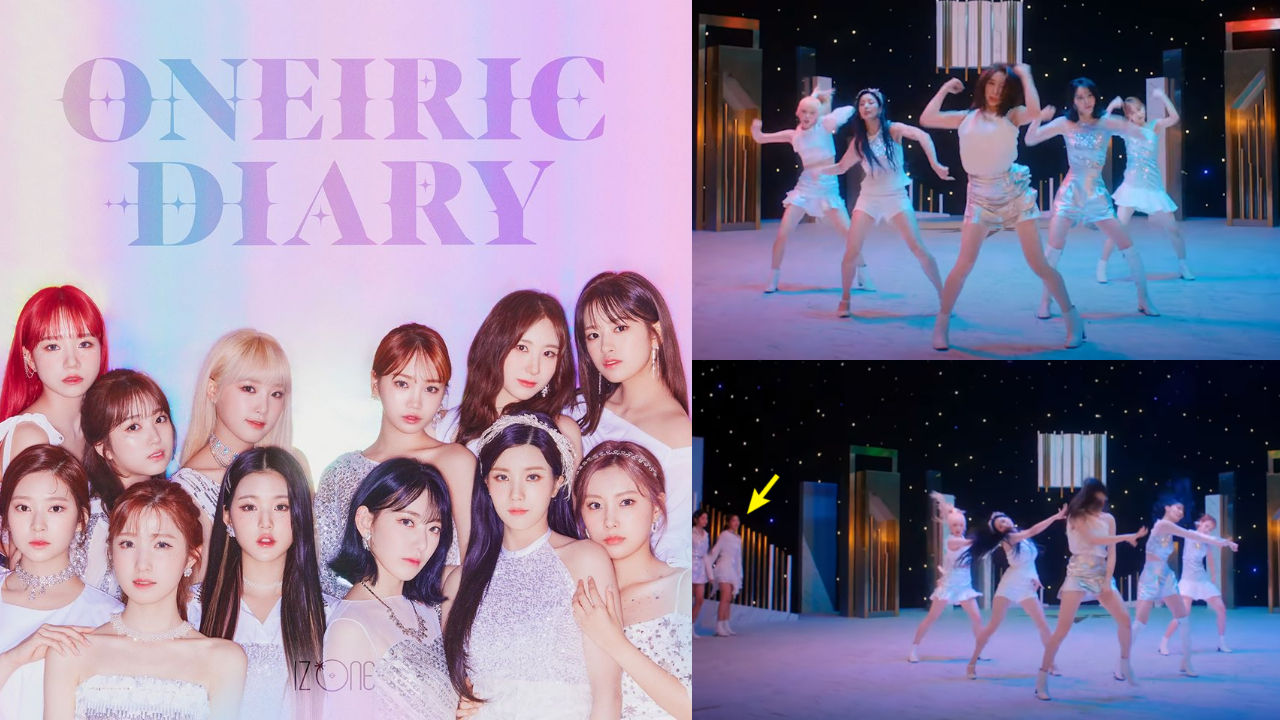 On June 16, IZ*ONE dropped a music video for the group's latest track 'Secret Story of the Swan' online.

As fans excitedly watched the video as soon as it was unveiled, they noticed one mistake in the second half of it.

When the five members of IZ*ONE were dancing in the middle of a beautifully-decorated set, two other members were seen on the side, watching them.

They just happened to be seen as the camera zoomed out.

The scene lasted only for a second, but it was not too hard for fans to notice it.

Regarding this mistake, fans left comments such as, "The production team should've paid more attention to little details like that.", "I'm a little upset, because I loved this MV but it's not perfect!", "I can't believe that nobody noticed it until it was uploaded..." and so on.