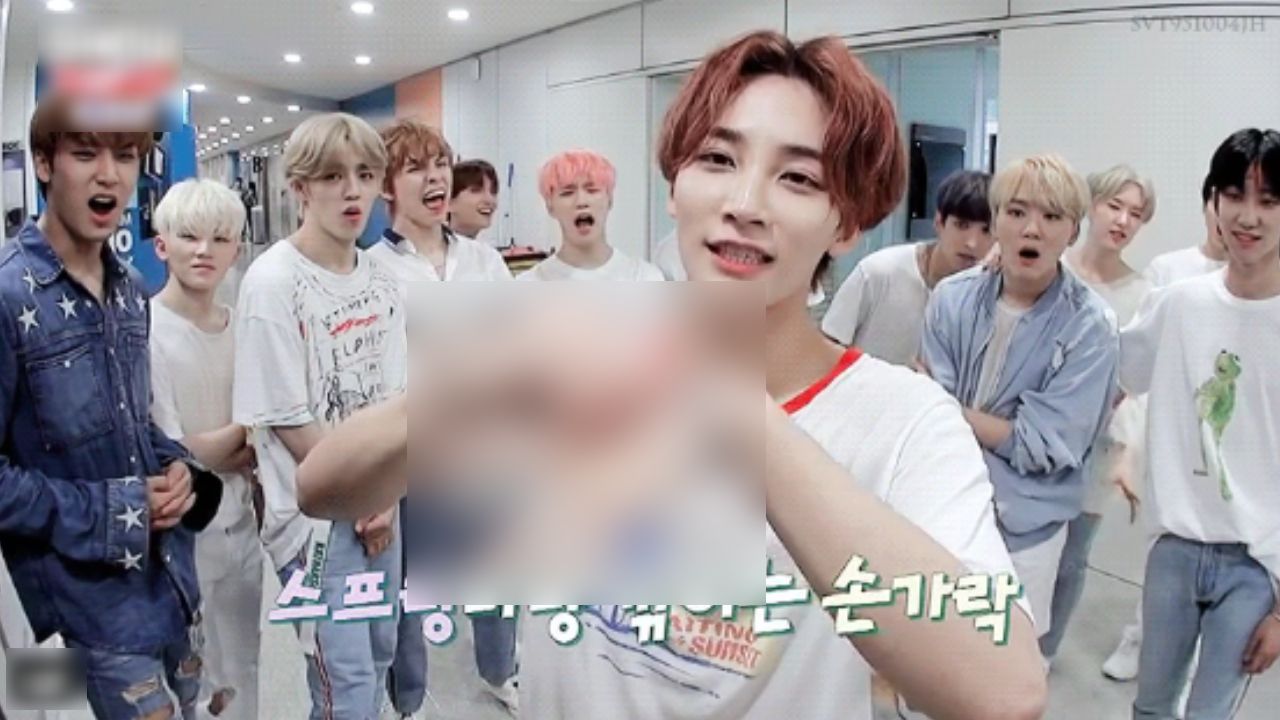 Recently, one past video of SEVENTEEN started going viral online.

The video showed SEVENTEEN stopping by a camera while walking down a hallway of a recording studio.

There, JEONGHAN walked towards the camera and said, "There is this trick that I can do with my finger."

He went on, "For the last over 20 years of my life, this has never once been useful. At least, it's something that I can do at a time like this. Let me show you the trick now."

Then, JEONGHAN grabbed his left index finger and completely bent it until it touched the back of his hand.

As his finger touched the back of his hand, the members of SEVENTEEN behind him gasped in surprise.

Some pulled disgusted faces, some froze with their jaw dropped, some continuously wowed over it while some just laughed.

Their varied yet real and hilarious reaction is making a lot of people laugh at the moment.