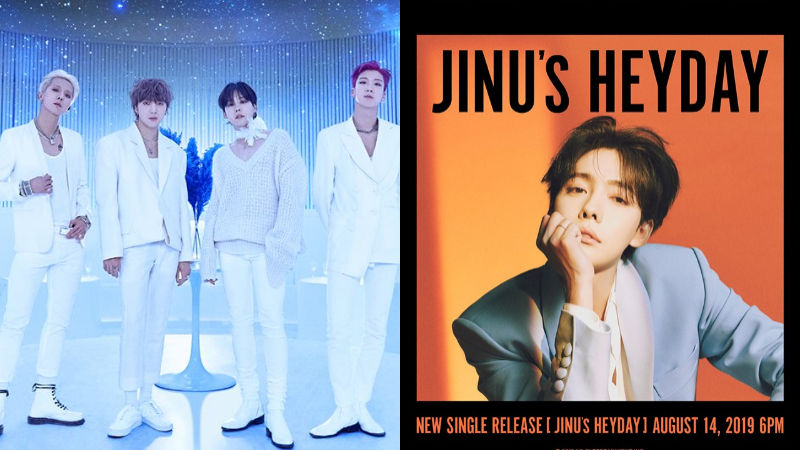 K-pop boy group WINNER's member JINU revealed that he thinks promoting as a group is better than solo.

In the morning of August 14, JINU sat down for an interview with the press ahead of the release of his first solo single 'JINU'S HEYDAY'.

During the interview, JINU was asked, "How do you feel about going solo for the first time since your debut in 2014?"

JINU responded, "I'm super nervous about it. It feels so strange, because the other guys are not here with me when I feel like they should be."

He continued, "I know how much my fans have been waiting for my solo promotions, so I do feel happy at the same time though."

Then, JINU mentioned what he thinks it is the hardest thing about promoting as solo.

Without hesitation, JINU said, "I would say that it is now?" and chuckled.

He explained, "Usually, YOON does most of the talking. But I have to do all the talking now, you know. That makes me feel quite awkward."

He added, "Speaking is not my best skill. Hence, interviews aren't easy for me. Yeah... I think I much more prefer to promote as a group than solo."

Meanwhile, 'JINU'S HEYDAY' is planned to be released at 6PM KST.