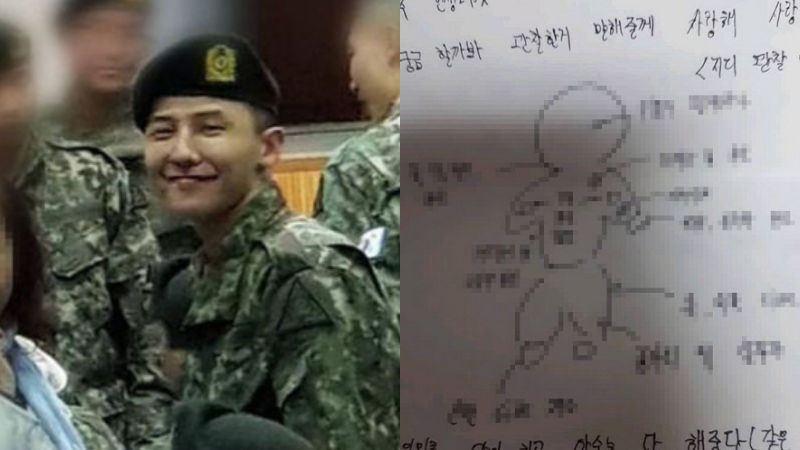 There is a big controversy over the privacy of K-pop boy group BIGBANG's G-DRAGON in the military.

On June 25, a picture titled 'An Observation Journal of G-DRAGON' has surfaced online.

According to various online communities, 'An Observation Journal of G-DRAGON' was written by a soldier who worked for the military hospital, who then sent the journal to his girlfriend in a letter.

The journal lists detailed information on G-DRAGON's moles, tattoos, habits, medications, and so on.

The soldier's girlfriend had posted the journal on her social media account, but it has now been deleted.

G-DRAGON's fans became furious after finding out their favorite artist's privacy was being violated in the military.

Previously on June 25, a media outlet 'Dispatch' reported that G-DRAGON is receiving preferential treatment in the military hospital.

'Dispatch' said that G-DRAGON is using the room that is specifically for colonels, and they also commented on the excessive number of sick leaves that he had used after his enlistment.

Soon after, his management agency YG Entertainment pointed out that the report was maliciously written, but many people have raised an objection to YG Entertainment's assertion.

G-DRAGON enlisted in the military to serve the mandatory duty on February 27, and was placed into the ROK Army's 3rd Infantry 'White Skull' Division upon completing his military training.