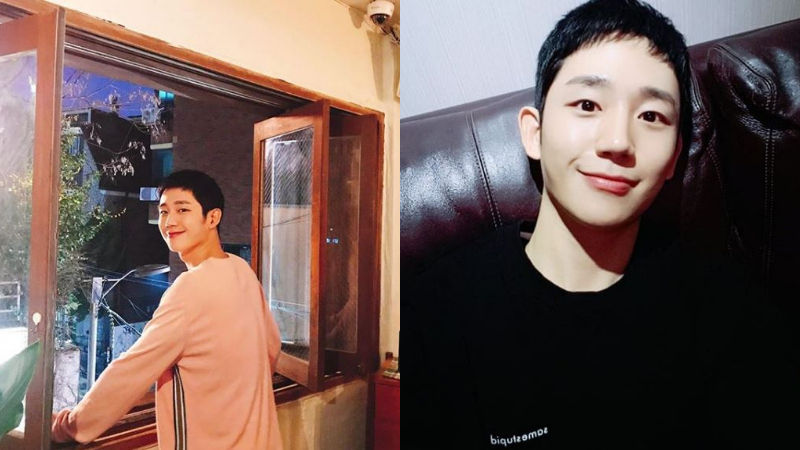 Actor Jung Hae In's popularity is rapidly growing, and the stock value of his agency FNC Entertainment is increasing fast as well.

Jung Hae In is currently filming tvN's drama 'Pretty Noona Who Buys Me Food' (literal translation), and his character is getting relentless support from all viewers in Korea.

Fortunately, Jung Hae In already finished serving his mandatory military service, so it is expected that he would not have any gap years due to the mandatory duty just like other Korean male celebrities.

His drama is beloved by the Chinese audience as well. In recent days, the drama topped real time chart of most searched word on several major search engines in China.

Since Jung Hae In's popularity is seen not only from Korea but also from Greater China, he is chosen as the emerging celebrity of the year.

The stock value of his agency FNC Entertainment is also rapidly increased. Currently, the stock is worth of 200 billion won (approximately 200 million dollars).

Because Jung Hae In is getting popular in such a short time, the public pays attention on his renewal of a contract with the current agency.

Various agencies from other countries show interests in signing a contract with Jung Hae In, but FNC Entertainment noted, "We still have more years with him from the contract. Jung Hae In has to focus on filming his drama, so we will let you know about the issue later."