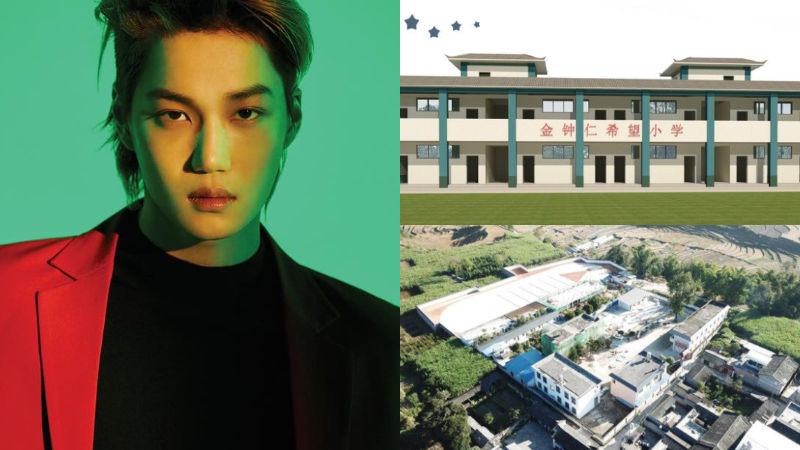 Chinese fans of K-pop boy group EXO's member KAI are spreading warmth around the world with their thoughtful act of establishing a school for children in a remote village.

On December 18, KAI's Chinese fan union 'BAIDU KAIBAR' revealed that they have decided to build a primary school in Lianghe, China.

They explained, "We wanted to let everyone know about the positive contribution KAI has made to the world. Just like KAI, we also wanted to make the world a better place. So, we began to think what meaningful things we could do as well as how we could bring happiness."

They went on, "In the end, we decided to build 'Kim Jongin Hope Primary School' in Lianghe, Dehong of Yunnan Province, for the sake of Jongin (KAI's real name) and thousands of children living in the area. This school will be built and run under the name of Jongin."

Then, they said, "No matter whether students know Jongin or not, they will always have access to education there. Jongin is an incredibly gentle and kind person. We believe this is the sort of project that he would appreciate."

Lastly, they added, "Jongin was the one who motivated us to help others. We are aware that this is only a small step. One thing we can tell you is that it will not end here; we will continue to positively impact the world with Jongin."


KAI has done various good deeds since his debut, including visiting a welfare center for children, participating in a charity bazaar, speaking for female victims of sexual violence, delivering coal briquettes to homes in winter, and many more.