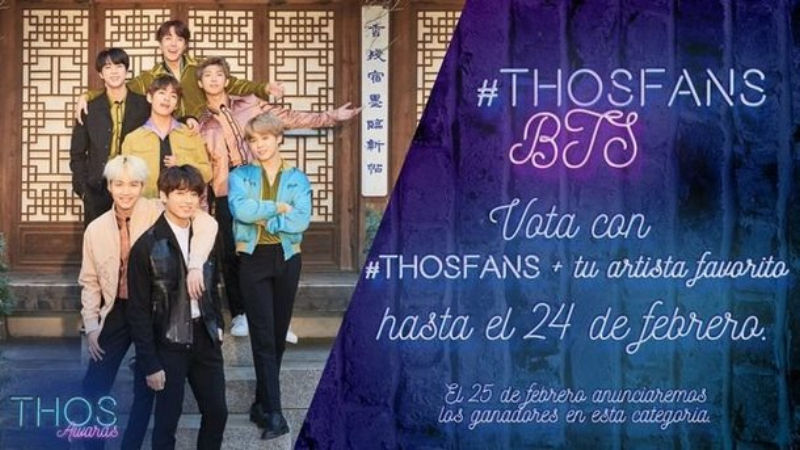 On April 30 local time, BTS won prizes from the ceremony's 'World Category' and 'Spain Category' voted by the fans of various artists.

Surprisingly, BTS won both categories, and it is the first time for the K-pop artist to win the awards.

What is more impressive is that BTS has never had official debut or activities in Spain.

Although the group has not held any official activities in the country, Spain is completely mesmerized by the amazing performance and music of BTS.

The presenters of the awards were also impressed by BTS' groundbreaking popularity and could not hide surprises.

The fans of BTS in Spain hope the winning of the honorable awards ignites the group to visit the country and widely promote its albums.

Meanwhile, BTS releases its third full album 'LOVE YOURSELF 轉 Tear' on May 18. The group has also scheduled its special comeback stage at the '2018 Billboard Music Awards' in Las Vegas on May 20 local time.

BTS also hits various countries with the launch of its world tour 'LOVE YOURSELF'. The tour begins from Seoul on August 25.